I never intended to become a minimalist. It all happened by mistake. There are 4 reasons why I became a minimalist: a house fire, a move, a stint in the Peace Corps, and a robbery. Together these were the perfect combination for me to let go of my attachment to “stuff” and be happiest with the moments spent with those I love. 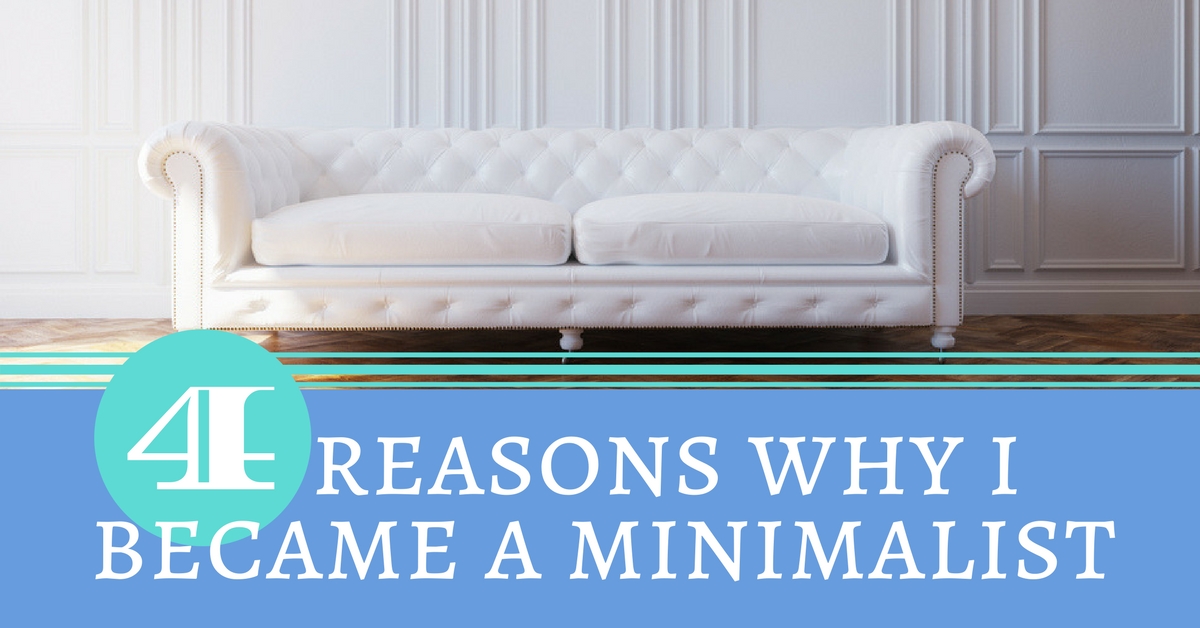 For years I have put off writing about my minimalism on my blog because I wasn’t convinced I was a true minimalist. I also wasn’t sure I could offer much advice to readers on how to become a minimalist.

After many years of people commenting on the cleanliness of my house and my family making comments about our lack of “stuff”, I finally feel confident enough to share tips and tricks to make minimalism work for others. For the record, my house is never clean, but when you don’t own much it’s never messy either!

I hope to write many more posts on this subject. For today, I just want to share the reasons why I became a minimalist. I truly think the background will help you understand how I got to this place.

I lost most of my “stuff” in a house fire

When I was in 6th grade my house burnt down. At the time it was the most horrible thing that could have ever happened to me. I’m not sure if you remember middle school, but 6th graders have a lot of “stuff”, and that stuff means something to them. Like most 6th graders I had pictures of friends, notes, and movie tickets lining my walls, all held together with tacks and Scotch tape.

I didn’t become a minimalist immediately after the house fire, but it did teach me that my paper memories can be destroyed in an instant. I may not have a picture of me with my best friends in kindergarten but I do have the memories of us playing outside in my backyard for hours. Those memories mean just as much and can never be taken away from me.

My family moved when I was in college

As soon as our house was rebuilt, a new wall of pictures, notes, and movie stubs replaced my old one. New yearbooks filled my shelves. My room had so much stuff in it that you’d never know that I’d lost everything.

Naturally, when it came time to pack up for college, my room was a mess. Like most kids I left the majority of my stuff at home and only took the things I needed for college. Halfway into my freshman year my family moved unexpectedly and all of my stuff ended up in boxes for years. My poor mom even moved those boxes during a cross country move. By the time I had room for my boxes I no longer wanted any of it. We literally tossed it all out with the trash.

It is sometimes sad to know that I don’t have a childhood room “at home”, but it’s also empowering. I don’t have all sorts of knick knacks and pictures hanging on a wall somewhere wasting space in a room I don’t use. I’m okay with that.

I joined the Peace Corps

I joined the Peace Corps as a trainee and never became a full fledged volunteer. I came home after 6 weeks because I really missed Tom.

Even though I didn’t get the full experience, I still lived with a host family in a rural town in Jamaica and that experience completely changed my life. It’s really hard to complain about first world problems when you have literally lived third world problems. I only lived it for a couple of weeks. I still can’t imagine worrying about clean water and food every single day. 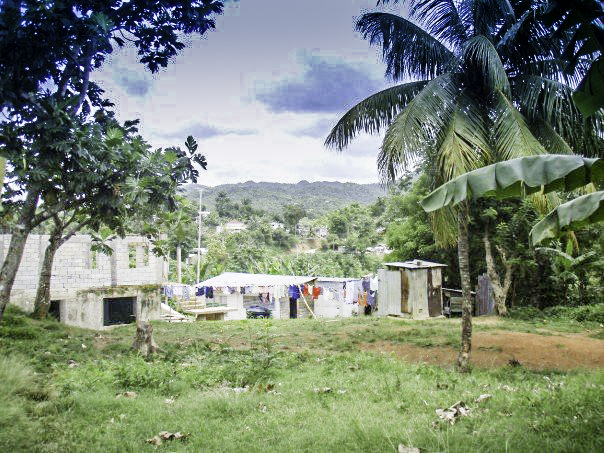 I’m pretty sure I could rant about first world problems forever, but I won’t. The last thing I’ll say is that when I find myself complaining about not having something, I still remind myself that people find happiness even among the most horrific of living conditions. It’s a great reminder to be grateful for what I have and not want for things I don’t need.

Our house was robbed

When I was pregnant with Robert, our house in St. Petersburg, FL was robbed while I was getting an oil change. 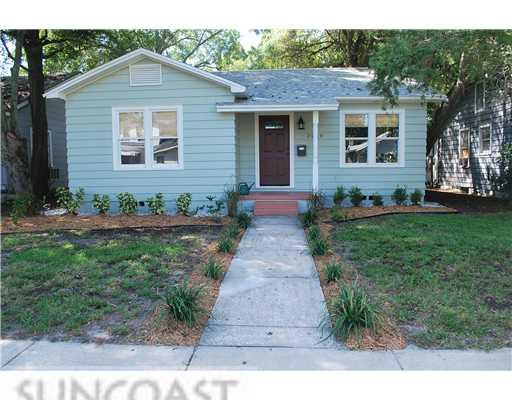 They stole everything including my new MacBook Pro, my work computer, 3 televisions, and thousands of dollars in jewelry.

As crazy as this sounds, I don’t think I’ve ever been more grateful in my entire life.  My unborn baby was safe, my two dogs were safe, and Tom and I were safe. At that very moment I felt so lucky to just be alive.

Just like the house fire, the robbery reminded me that possessions don’t bring true happiness, people do. Memories do.

Tom and I joked for a long time after the robbery that we became minimalists by default because we couldn’t afford to buy anything to replace our old stuff. It took me 3 years to save up for another MacBook Pro.

Where I am today

I’m not like that. I have 4 sets of dishes, 2 sets of flatware, and 8 junk drawers, maybe more. Not everything in my house serves a purpose. There are some things I have just for the fact that I like them.

Here is what I think does make me a minimalist: I’d rather spend money on experiences with my family than buy stuff for my house. If we have extra money we go out to eat or go on a vacation, we don’t buy new home decor, clothes, or toys. 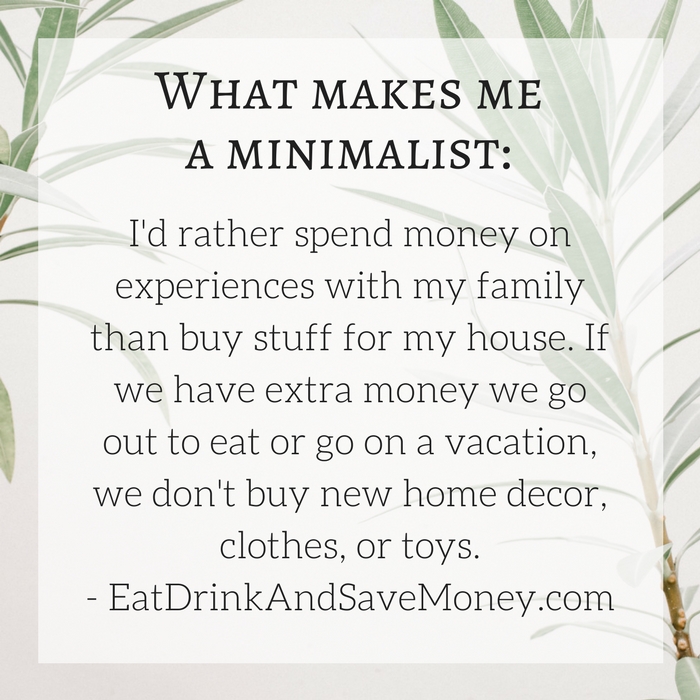 I still feel strongly that every material possession I have can be taken away from me in an instant. The same thing holds true for my family. They could easily be taken from me without a moment’s notice.  I’d rather spend my time and money on them instead of “stuff” that will only keep us happy for a short time.

I hope to write more about how my semi-minimalist lifestyle keeps me happy and saves me money. Expect a few tips to get started on minimalism coming in the next few weeks.

What do you think about “stuff”? I’d love to hear your story!