I can’t tell you how wonderful it felt to get so many nice comments, notes, and messages about my last Frugal Friday update.

Successful 6 figure bloggers will tell you that stream of conscious blogging is dead. Apparently, it’s all about SEO, Google, and Pinterest for the serious bloggers that want page views and money. That may be true, but I had more fun reading all the messages and comments from last week’s post than I’ve ever had with viral posts on Pinterest. For the sake of finding enjoyment in my career as a blogger, I think I’ll attempt to make my Frugal Friday Updates a regular thing. Attempt is the key word.

Should I Try Being a Vegan?

I know, I know, I’m a little dramatic sometimes. There was that time I vowed to not eat out at a restaurant for a year, but only lasted 4 months. There was also that time that I attempted to give up Starbucks but eventually caved.

I love the idea of a great big lifestyle change, but deep down inside I know that change actually comes from little lifestyle choices made daily.

I don’t actually think I will succeed at going hardcore vegan, but I do think I need to take a long hard look at my lifestyle when it comes to eating and working out.

Of course you all know that mom died from lung cancer in April. But you probably don’t know that my dad broke his hip last month, and Tom’s mom is having heart issues as well as other vascular problems.

My dad was diagnosed with type 1 diabetes in his thirties, and his sister died from diabetic complications in her 50’s. His dad and brother both died from heart attacks. Things look pretty grim on that side of the family.

I realize that genes account for a lot of this, however I also know that eating right and exercising is pretty darn important too. I grew up eating tons of fried food, drinking as much Coke as I wanted, and never seeing my parents work out.

I think I need to make a change in my own life. I still eat too much fried food. And while I rarely drink Coke, I don’t work out nearly as much as I should.

So, I’m reaching out to the internet to help me with my problems. Because that is always a good idea, right? Should I dabble in veganism? Should I cut out red meat? Am I making too big of a deal over this since I could be hit by a bus anyway? Tell me your thoughts.

Obviously this would save me loads of money too! I spend a good amount of our food budget on meat and cheese.

In other news, we have a first world problem

Our house looks like an episode of Dexter but with white paint instead of blood.

In order to get our house “market ready” we are having our ceiling re-textured and painted. 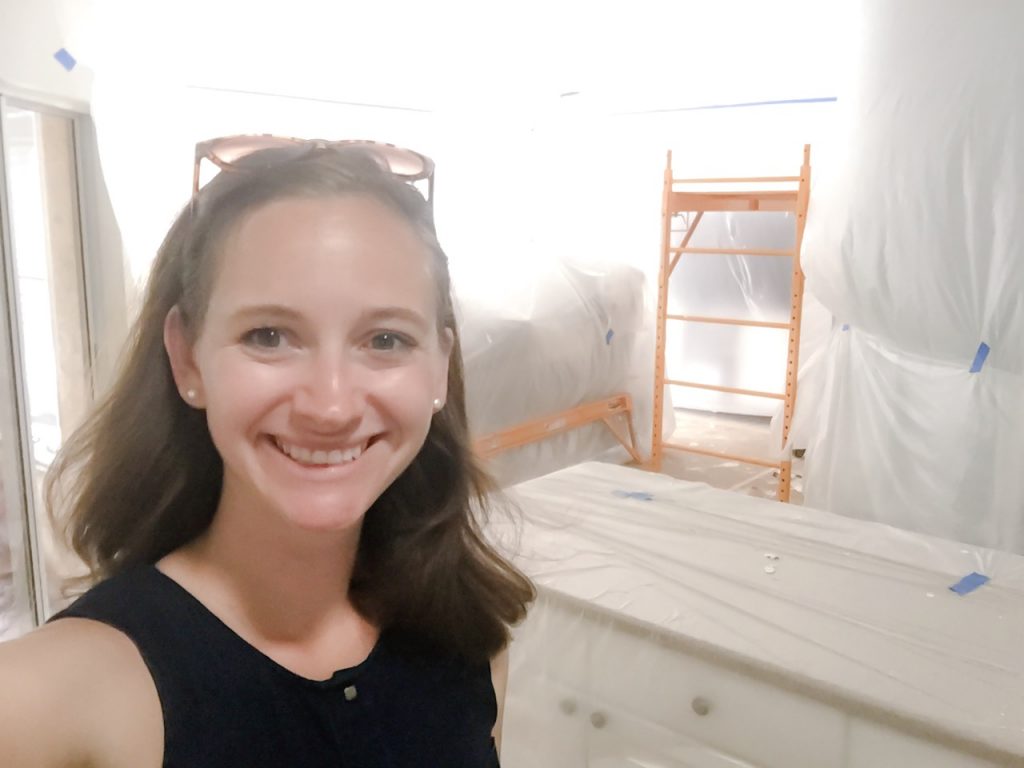 What a first world problem.

We don’t even have water damage.

Our roof works just fine. And do does our ceiling. It just doesn’t look great. We had a roof leak nearly two years ago that wasn’t cosmetically fixed as well as it should have been. To be honest, it looked fine to me. Tom, on the other hand, said he could tell it wasn’t right. And so did the first couple who looked at out home once we put it on the market.

Nearly $3K later and I’m stuck in an episode of Dexter. I can’t access anything in my kitchen which means we’ve been dining out way too much and spending way too much money on food.

But life could be worse, right? I keep telling myself that this is an investment towards selling our house. Just keep swimming?

New on the blog

Did you read my post about reusable and washable air filters? If not, check it out now! 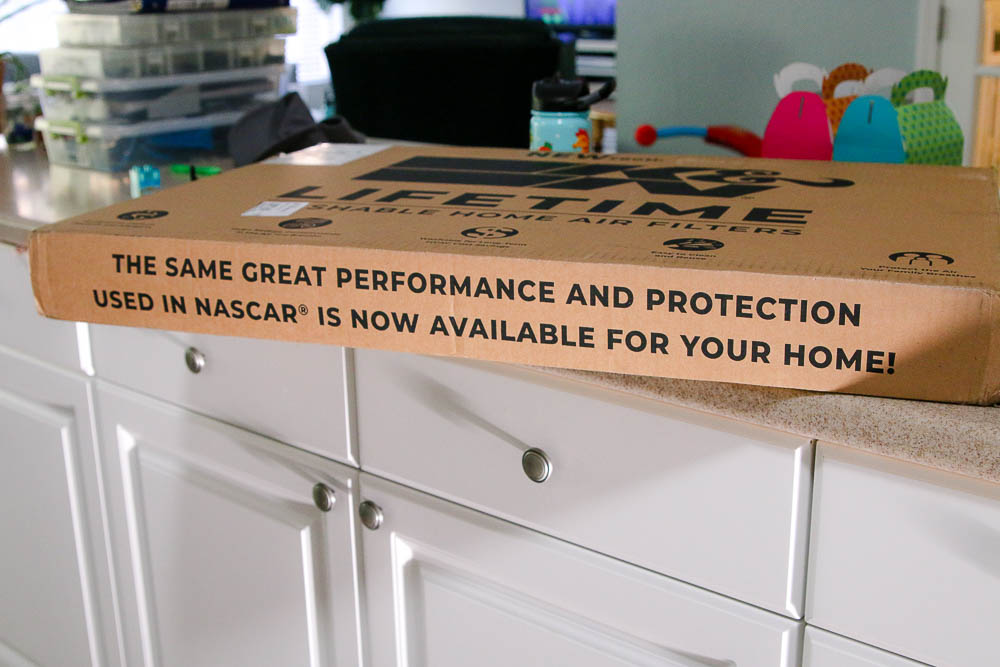 So much food waste

I don’t even want to think about how much waste we will have this week. Since I can’t access everything in my kitchen, I don’t know what I have in the fridge.

On top of that, I got my first box of ugly produce from Krazy Krops which means I probably have even more produce than usual going bad in my fridge. 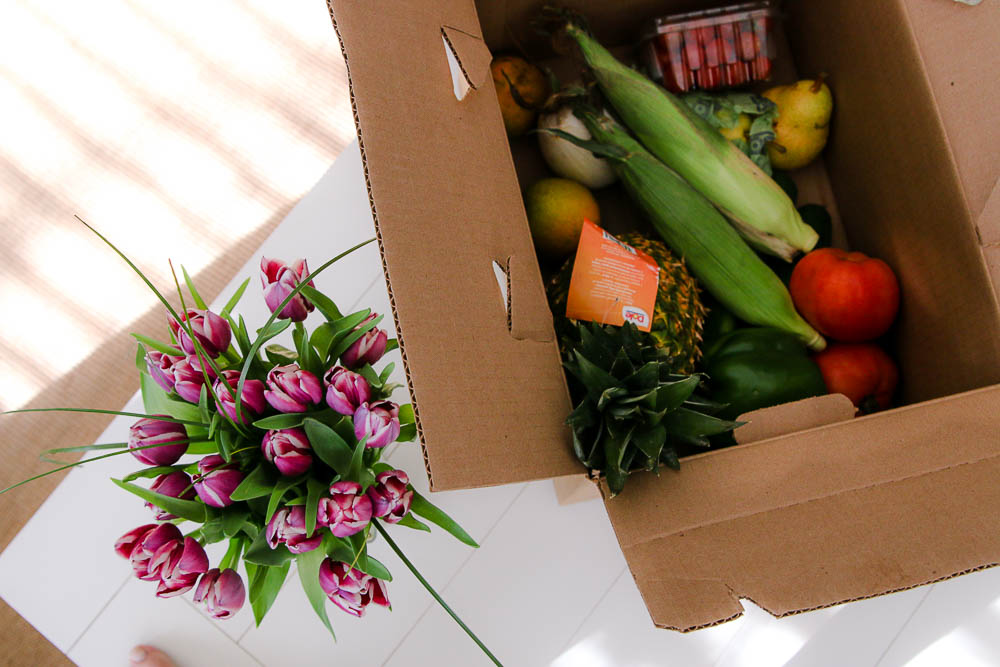 Looks like a lot of food will wind up in the compost bin.

New to the concept of wasting less food? Read this to catch up and understand why I started my own compost company.

No 1200 word blog post this week. You got lucky with only 800 words. Insert winky face emoji.

Do tell me your thoughts on healthy eating though? I’m intrigued and willing to do anything to stay in good shape past 60.