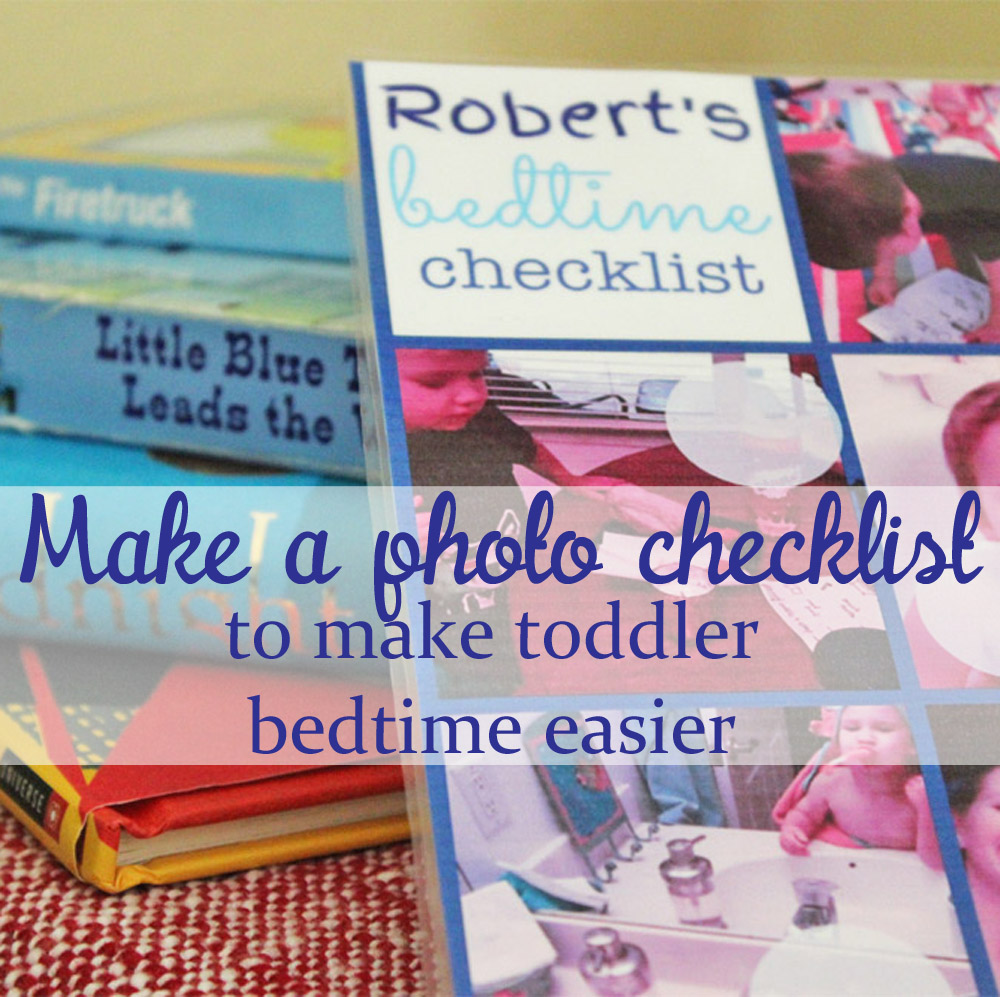 My husband just recently asked me if I still liked being a stay at home mom. Apparently the look on my face at the end of the day lately has made him assume I no longer enjoy the job.

A lot has happened over the last 6 months. Jackson was born, Robert transitioned to the big bed, potty trained, and we moved. All those transitions have made life unpredictable for Robert. We once had a very predictable schedule that has been thrown to the wind as I try to figure out the best times to get Jackson to nap. Less predictability and less sleep has been the perfect recipe for Robert’s tantrums. I can’t even blame him. Life has been crazy for him lately!

On top of all this, Jackson had a tough time sleep training. He didn’t want to lose the swaddle, but he’d end up wiggling out of it by 2 in the morning.

In a sleep deprived moment of desperation, I pulled up Harvey Karp’s Happiest Baby on the Block Guide to Great Sleep on my Kindle app and started reading it again. Robert had such great sleep habits after I read it that I felt like I needed to reread it to get both boys sleeping well again. 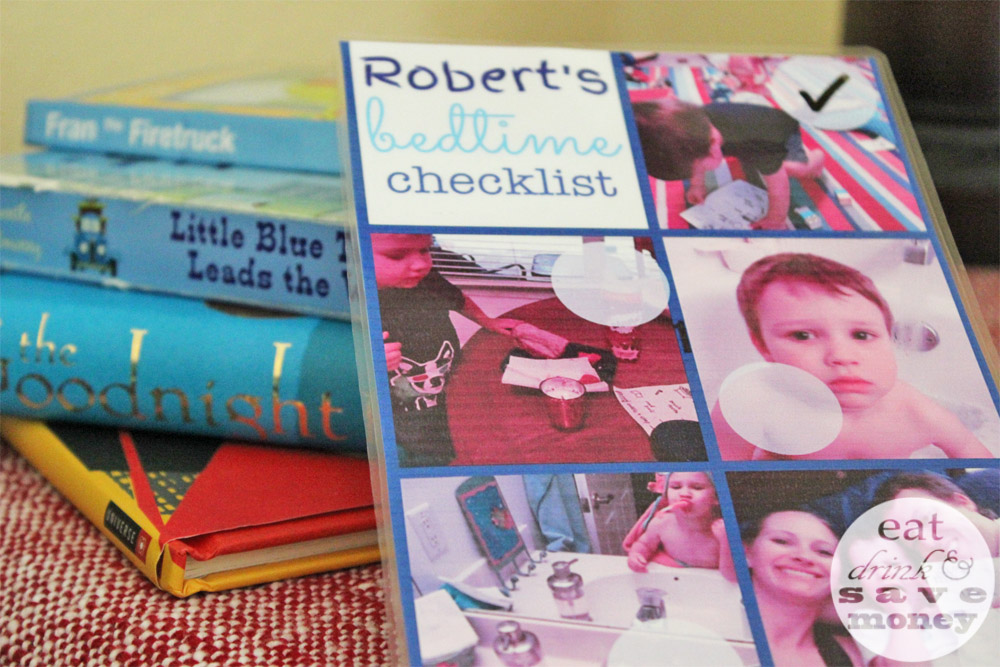 Late one night (or early one morning), as I was nursing Jackson back to sleep for the 3rd time, I read the toddler section of Karp’s book. Robert had been a fabulous sleeper until we started potty training. Then the move happened and his sleep habits got worse. He was taking forever to fall asleep, and waking up way too early. Karp suggests lots of great ideas, but my favorite was the “beddie bye book”. It is where you make a picture book of all the steps for bedtime for the toddler to read each night. I just knew we needed to do our own spin on it. 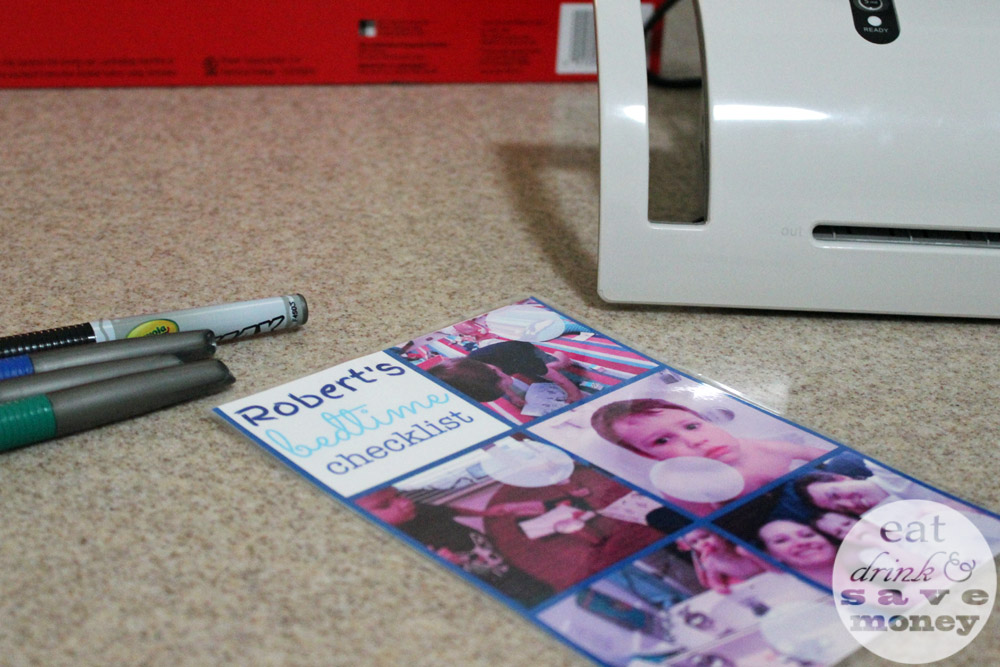 I made and printed a college directly from PicCollage with pictures of all the steps of Robert’s bedtime routine. I laminated it so he can check off each step with a dry erase as he goes along. He loves drawing on the picture of his own face! The marker wipes right off so he can do it again the next night. He loves his bedtime routine checklist! 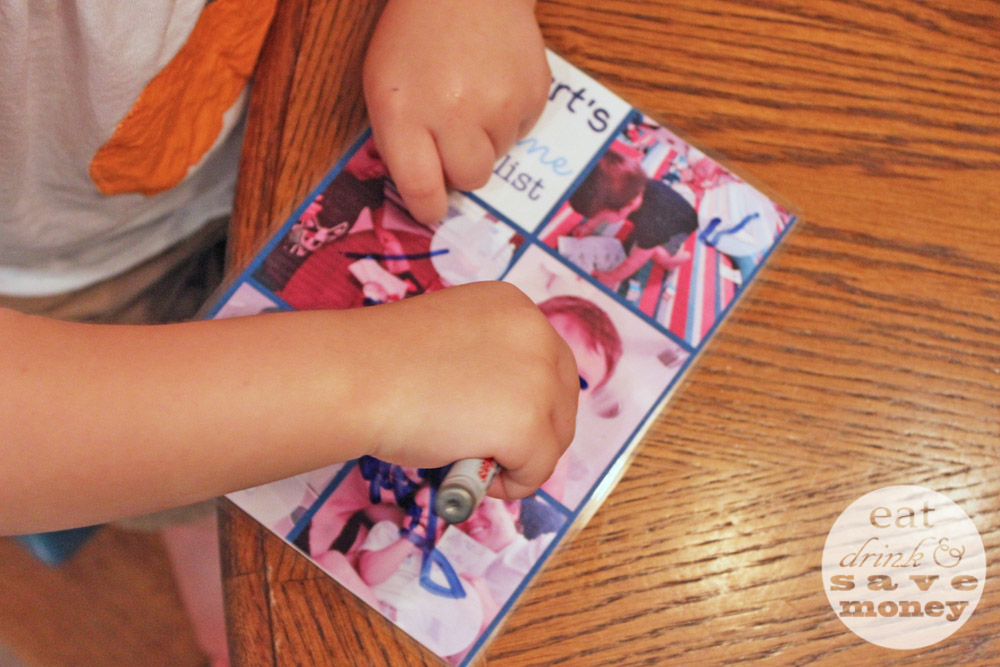 Each time he completes everything in the routine, he gets a sticker to put on his behavior chart. When he gets 10 stickers he gets a popsicle. He loves this incentive!

The collage was so easy to make. I took pictures of Robert doing each step of his routine, then I made the collage from the PicCollage app on my phone. You can print right from your phone! If you don’t have an HP wireless printer like I do, then you can email the picture to yourself and print from there. All of this is free! 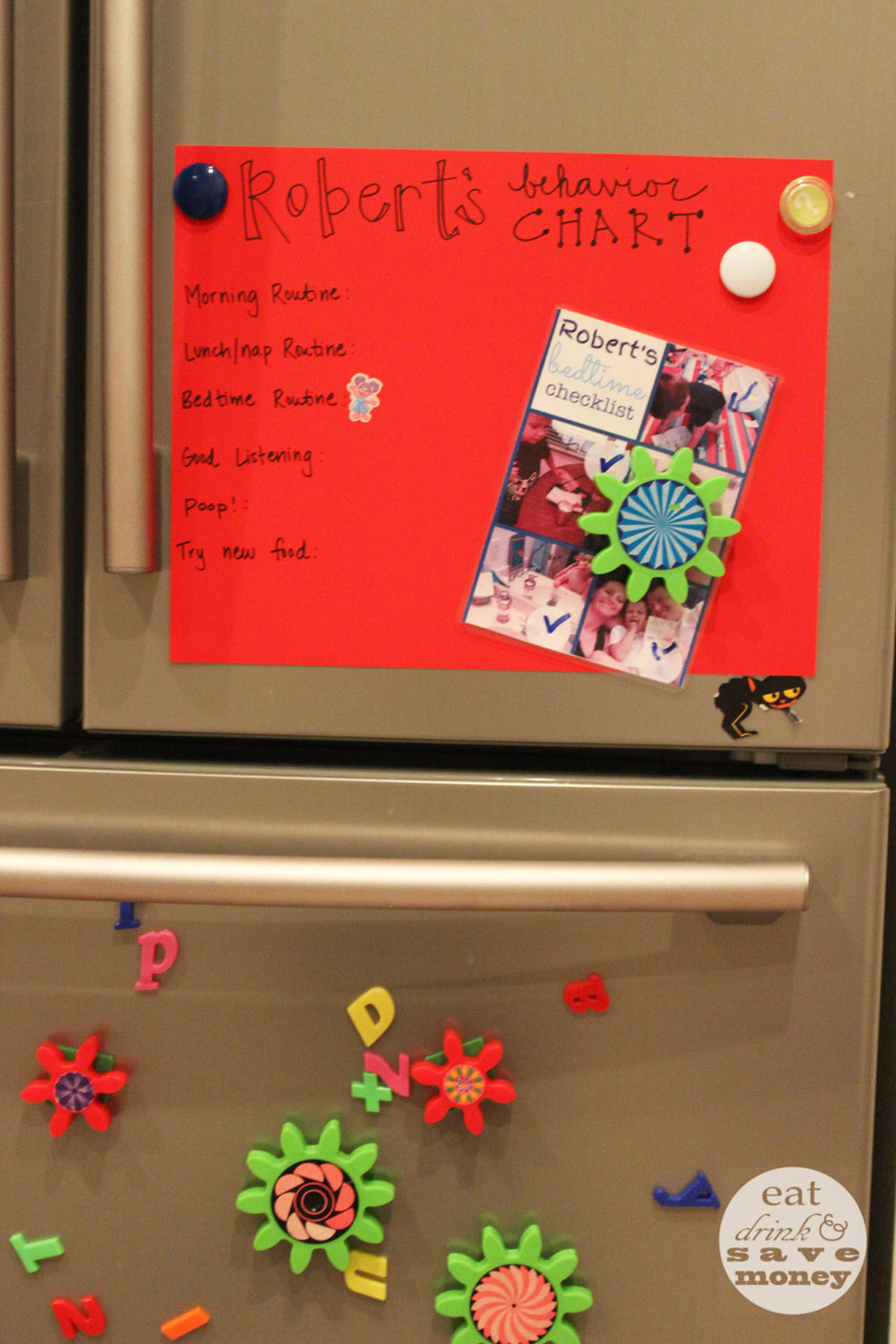 We’ve had such success with this. Robert doesn’t fight bedtime at all. He’s even stayed in his room later each morning. I know this isn’t the end to toddler tantrums, but it certainly has made a difference. I even made a morning and nap time checklist. I think Robert likes the predictability, as well as being able to visualize what comes next in our day.

What does the nighttime routine look like in your house?

This is a sponsored post through HP, PicCollage and Mom Select. All opinions are my own. 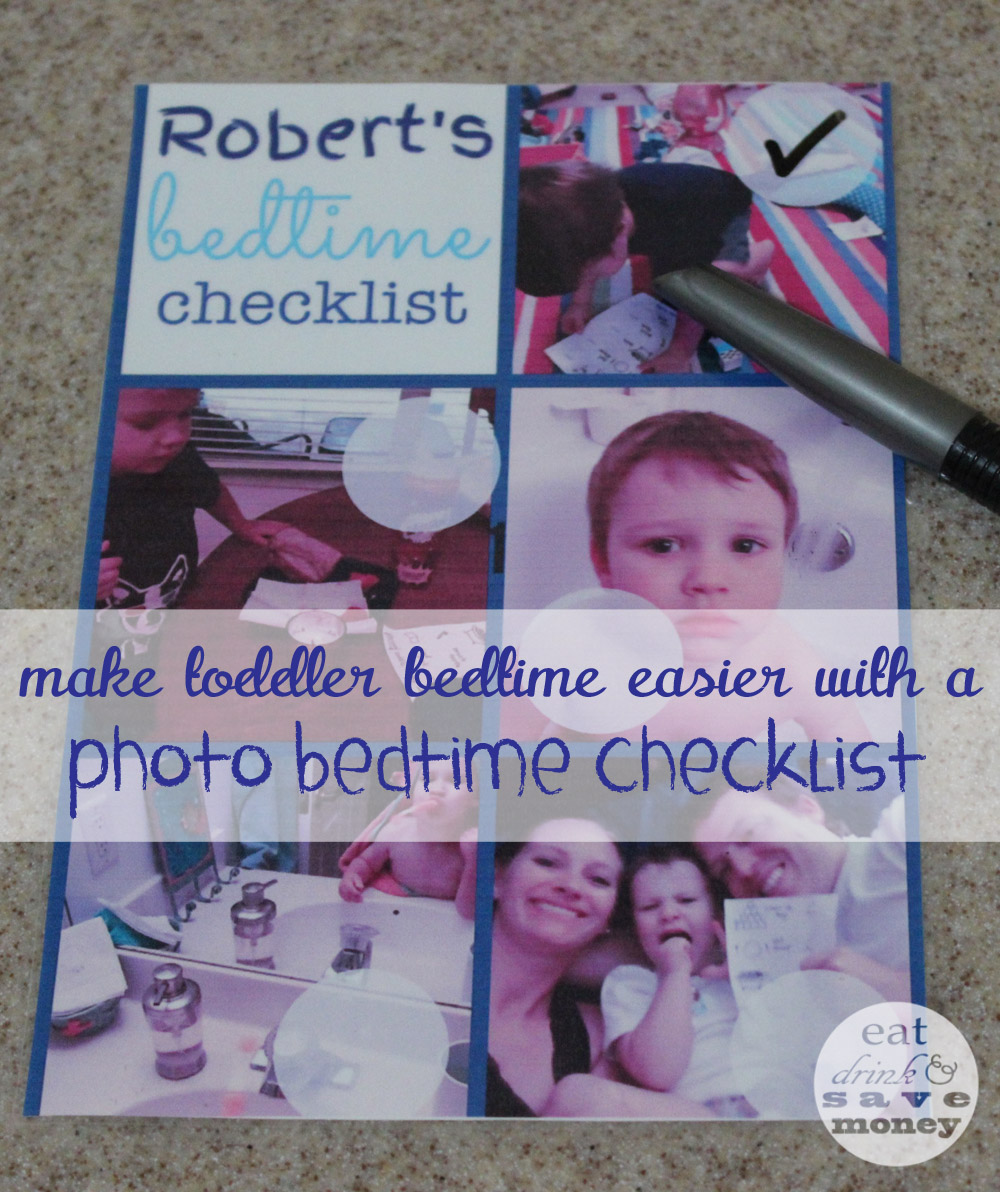