Well, it’s happened. Robert has his first cast. I guess it’s a right of passage.

This has probably been one of the most annoying parenting right of passages I’ve been through. On top of the fractured arm, Robert also has pink eye. When it rains, it pours, right?

Here he is all sad with his gunky eyes and new cast. 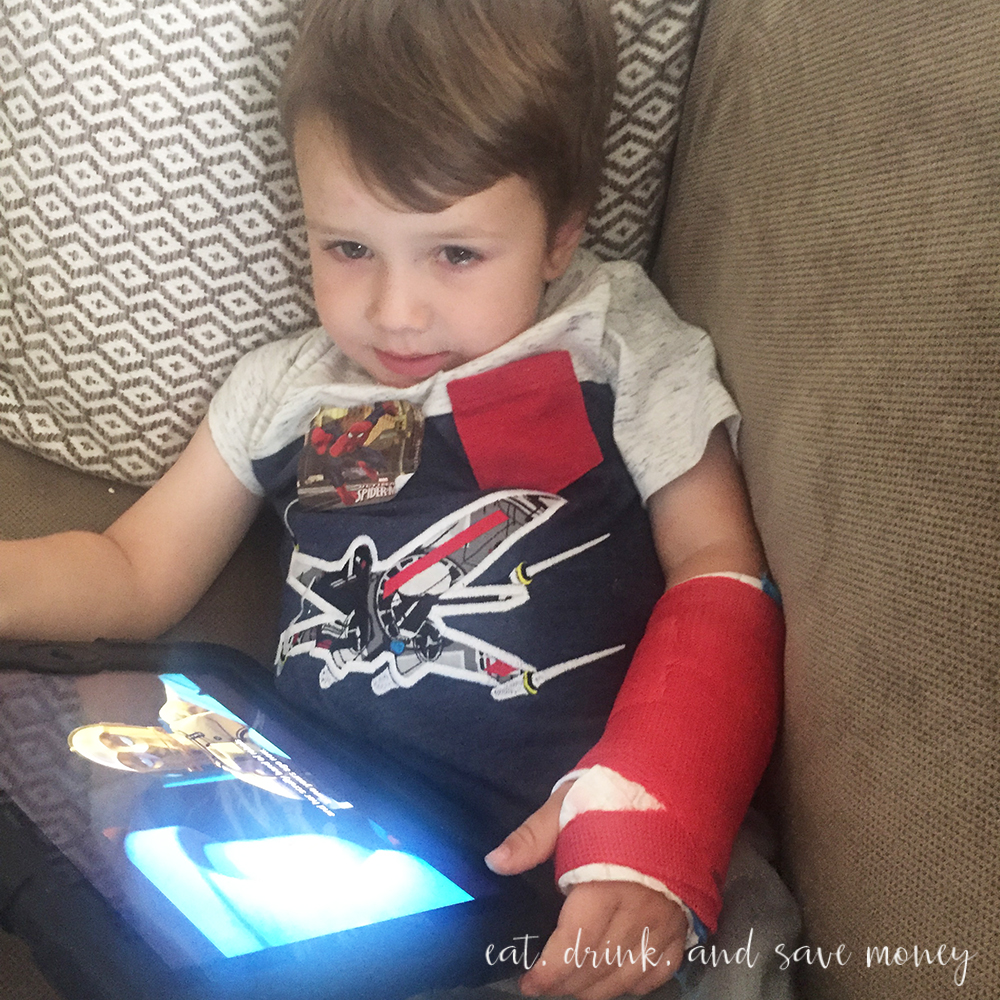 Of course I’m always thinking about money when things like this happen. At first I freak out that we have to spend money we weren’t planning on spending. Then I end up grateful for the fact that we have money in savings and good credit if we have to charge anything.

Sure, we also save for retirement and college, but this is the biggest reason to have a savings account. I can’t tell you how nice it feels to not worry about emergencies. We don’t keep a huge amount in our savings account either. It’ll probably be just enough to cover these cost.

We probably didn’t make the most financially sounds decisions when Robert fractured his wrist. He fell off a bounce house while he was visiting his grandma. We weren’t there. We had no idea what we were dealing with, so we made a rash decision and took him to the ER. The pediatric ER was the coolest hospital area I’ve seen outside of St. Jude’s. As we were leaving, Robert told us he had fun at the hospital.

I’m sure the visit wasn’t cheap. We are eagerly awaiting our bill.

The little man didn’t like staying still for the x-rays so he had to have three. Three. Those things aren’t cheap.

We’ve since realized that our pediatrician would have seen him, even on a Sunday. She also could have put on the cast. And I’m pretty sure she could have done it for way cheaper. Emergency rooms aren’t known for being budget friendly. 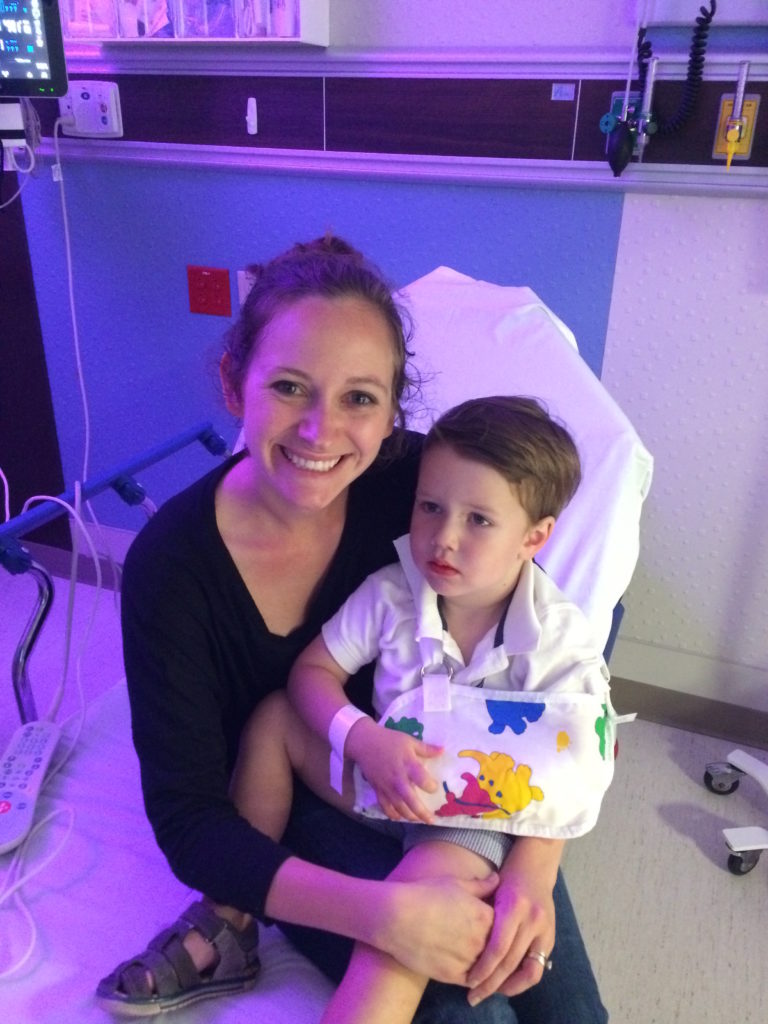 While I’m sure we will pay an arm and a leg for our visit, I’m still beyond grateful that we aren’t stressed about money right now.

If you need a daily reminder to save money, let this be it for the day! I can guarantee I’ll have to keep today in mind when I’m tempted to spend money on silly things in the Target Dollar Spot.

On another note- I’m trying to figure out a new tagline for this blog. I currently have “Fine Living on a Shoestring Budget”. Now that I blog more about family than fine living, I think I need a new one. Thoughts?