Trading services is fun.  I like being able to trade things in return for something else.  A few months ago I made a nursing necklace for one of Tom’s co-workers and she paid us back in fresh grouper.  This makes me want to trade more services for products.  I will soon be volunteering with our CSA for free produce and I’m really excited about it. 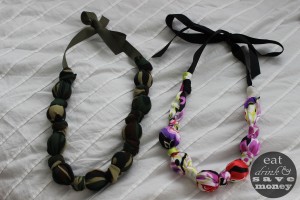 We had so much grouper!  I can’t believe I didn’t take a picture of the two gigantic grouper filets.  Man, they were huge!  I always think of photo ops after the fact.

We ended up eating grouper all week.  This would have been a terrible thing if it had been previously frozen grouper, but this was the good stuff straight from the Gulf of Mexico.  Here are a two of the ways we used my little payment. 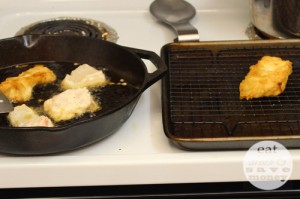 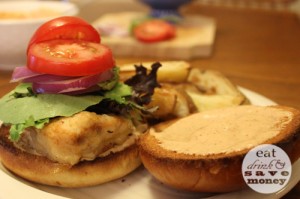 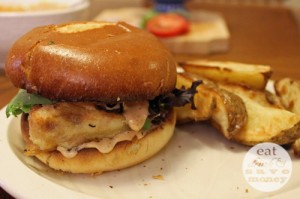 I didn’t even season the fish because I knew it was going to be so fresh and delicious on its own.  I fried it up in tempura breading (I bought the tempura mix as Whole Foods) for 3 minutes on each side and served it on brioche with a Cajun mayo made from mayonnaise and cayenne pepper.   Roasted potato wedges on the side completed the dish.  I still can’t get over how fresh this tasted.  I could eat fresh fish every night.  I wish I had the gift of words so I could describe the difference between frozen and fresh fish.  I seriously can’t even begin to describe how good this fish tasted. 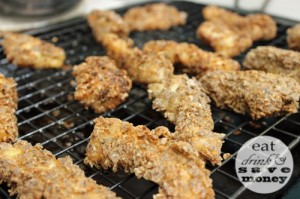 I was pretty lazy that night and didn’t even serve a veggie.  We dipped the grouper nuggets into homemade cocktail sauce made with 3 parts ketchup and 1 part horseradish. 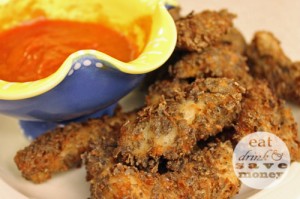 We did fish tacos a couple nights too, but I seem to have misplaced those photos.  I’ll probably find them one day and add them to this post.

Have you ever traded services?  How did it work out for you?