This peppermint mocha recipe is the real deal when it comes to tasting like a coffee shop creation. Save money by skipping the coffee shop, and make your own. 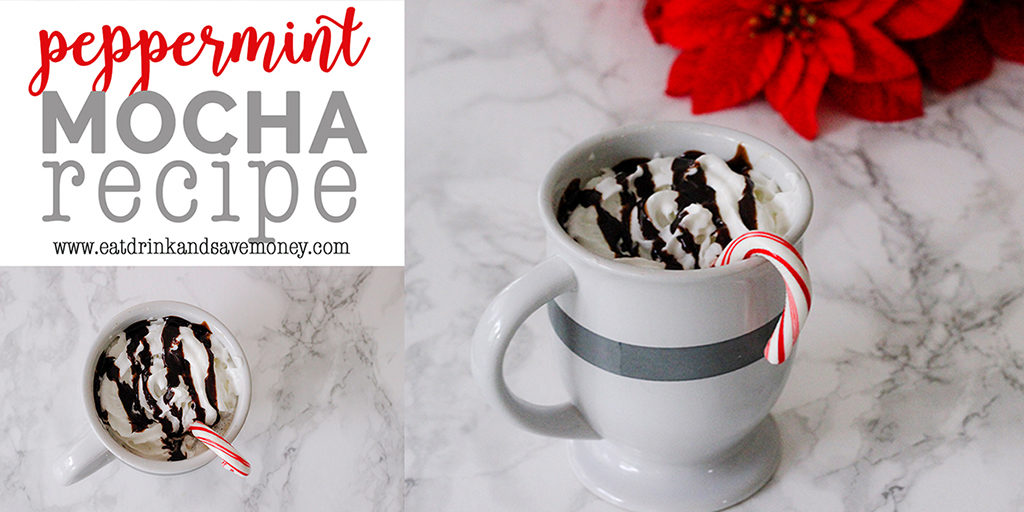 Confession: I hate pumpkin spice lattes.  Oh, I’m still basic. Instead of the PSL, I live for peppermint mochas. Red cup season makes me happy. The price? Not so much.

I’ve been working on this recipe for 4 years. Yes, four whole years. I had such awful morning sickness when I was pregnant with Robert four years ago, and peppermint was the only thing that calmed my stomach. After one decaf peppermint mocha in 2012, I was hooked. I tried so hard to recreate the recipe my entire pregnancy and failed over and over again no matter how many recipes I tried. 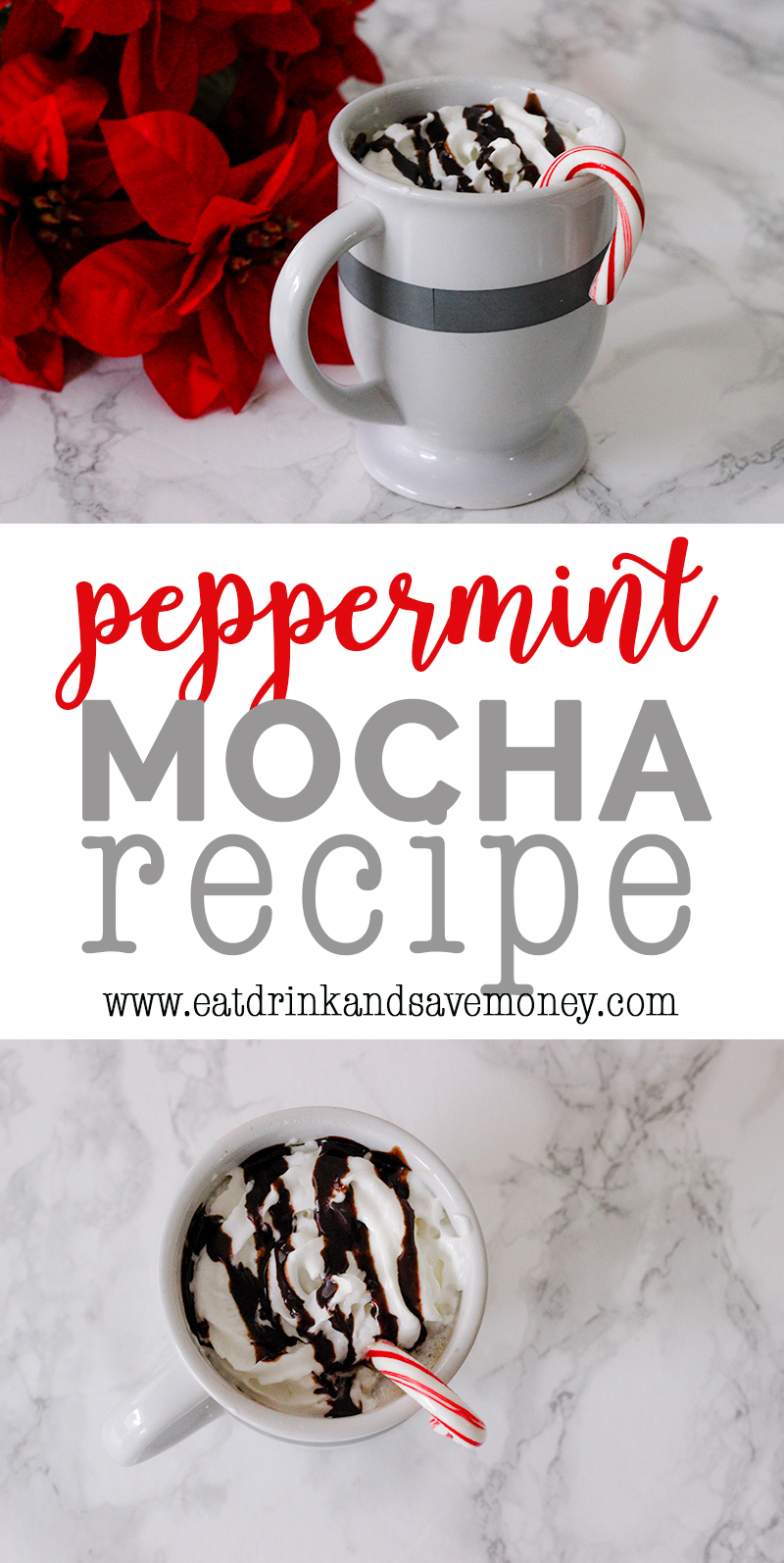 Two years later I got pregnant with Jackson and once again only peppermint mochas could calm my queasiness.

After many more failed attempts to perfect my peppermint mocha recipe, I found the missing ingredient: thick and creamy, made from scratch, chocolate sauce. 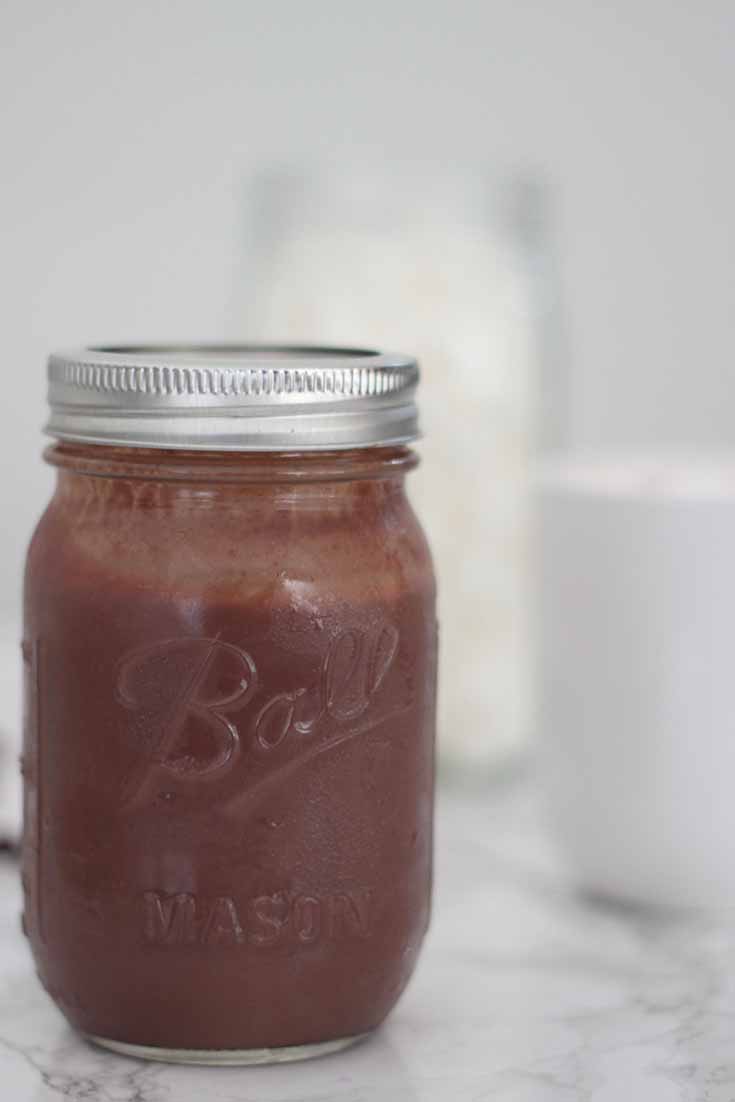 Pro Tip: Don’t want to make your own? Try buying this version instead. It’s just as good! 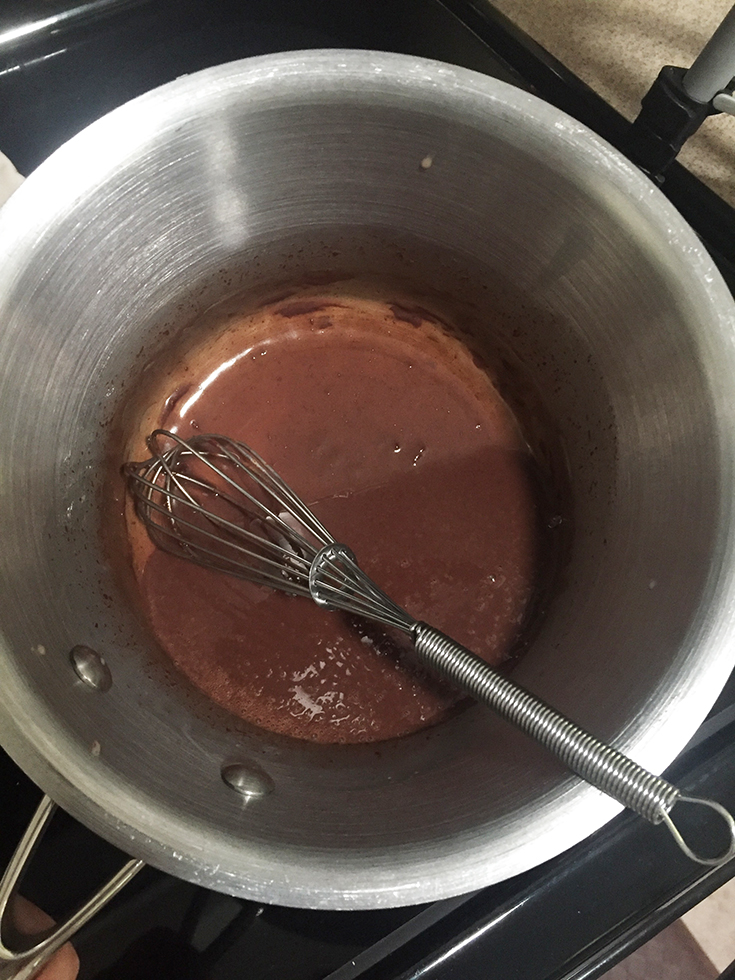 Chocolate sauce, peppermint simple syrup, and milk all combine with the coffee to make an absolutely amazing peppermint mocha.

You can buy peppermint simple syrup too if you don’t want to make it yourself. 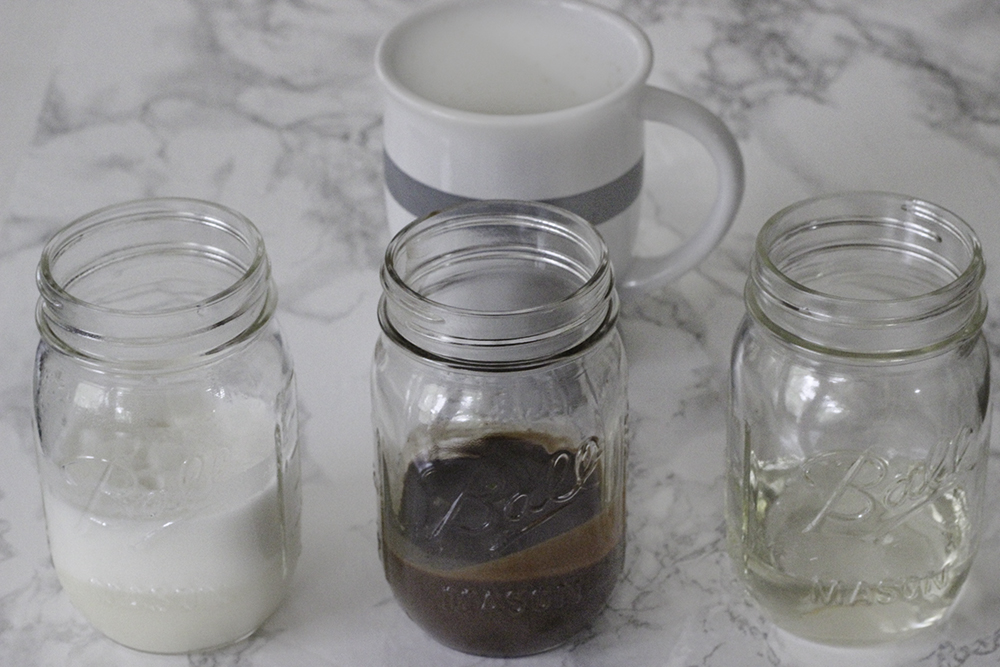 This is definitely the drink for the chocolate lover. Don’t love peppermint? Skip it and just to chocolate to make it a mocha. 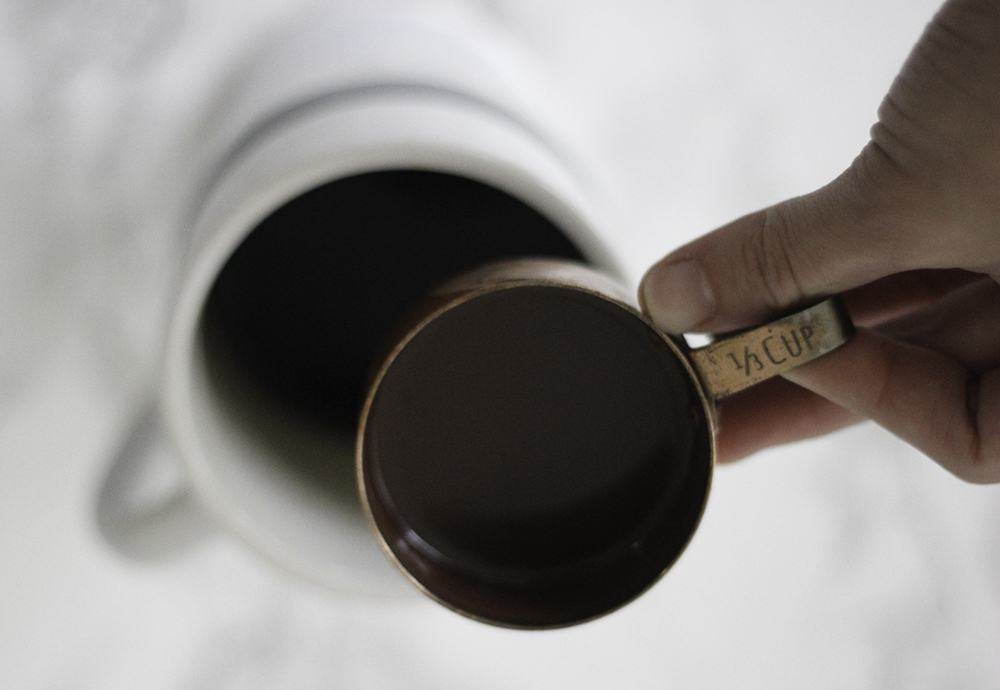 Froth 1/2 C. of milk with 2 pumps of peppermint simple syrup to get full peppermint flavor. 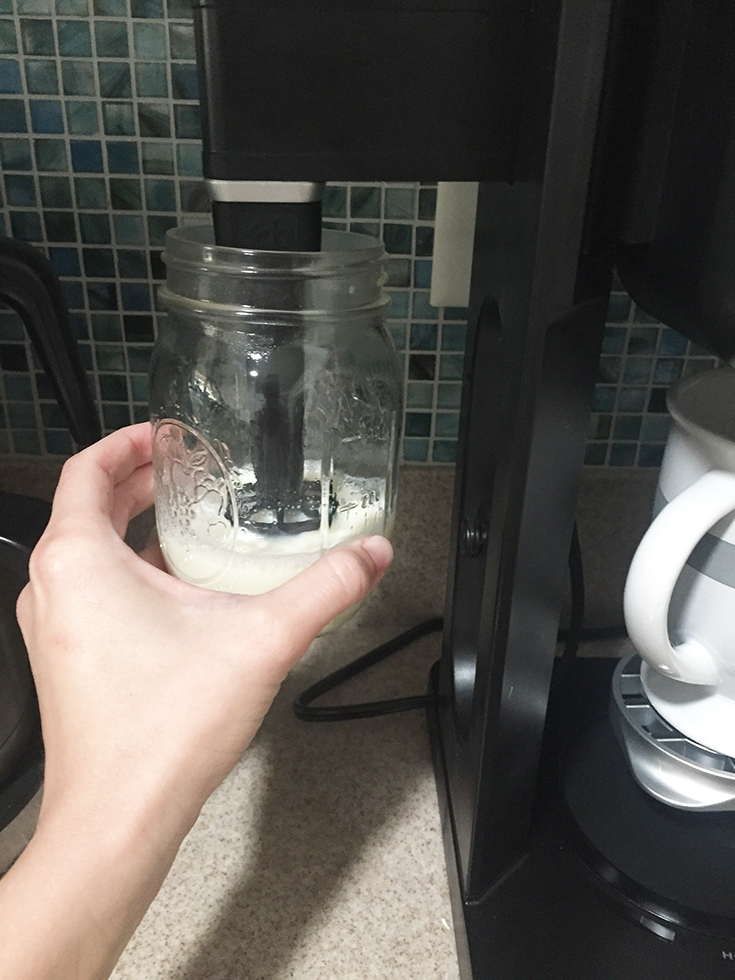 I’m not a huge fan of whipped cream so I prefer to drink my peppermint mocha with nothing more than frothed milk on top and a thick peppermint stick. 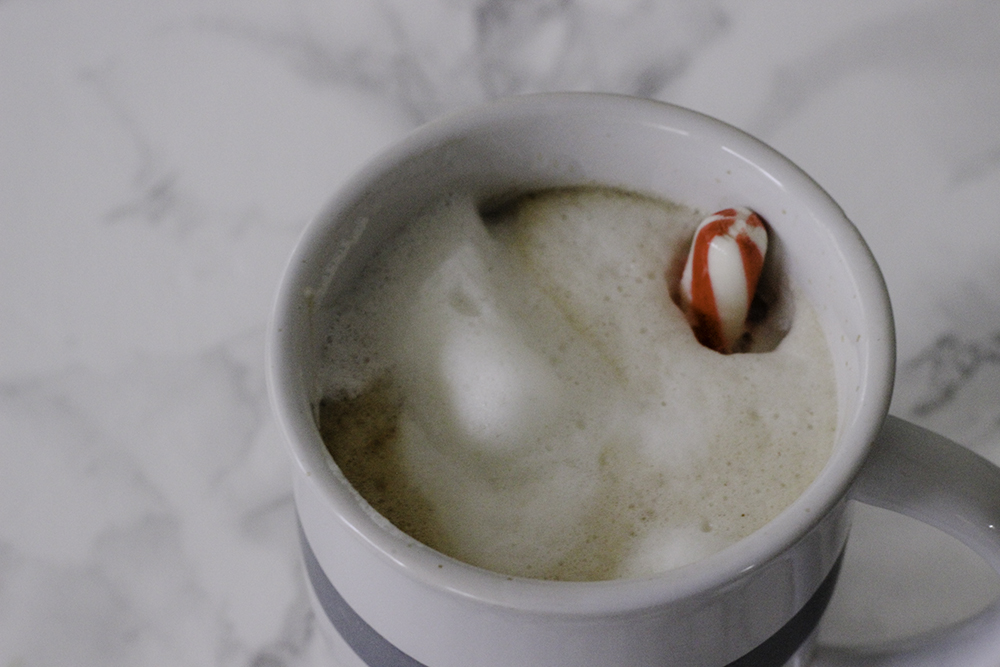 But that’s no fun for pictures, right? My mom (A.K.A. my test taster) doesn’t like it plain so I have to have whipped cream on hand. And candy canes of course. 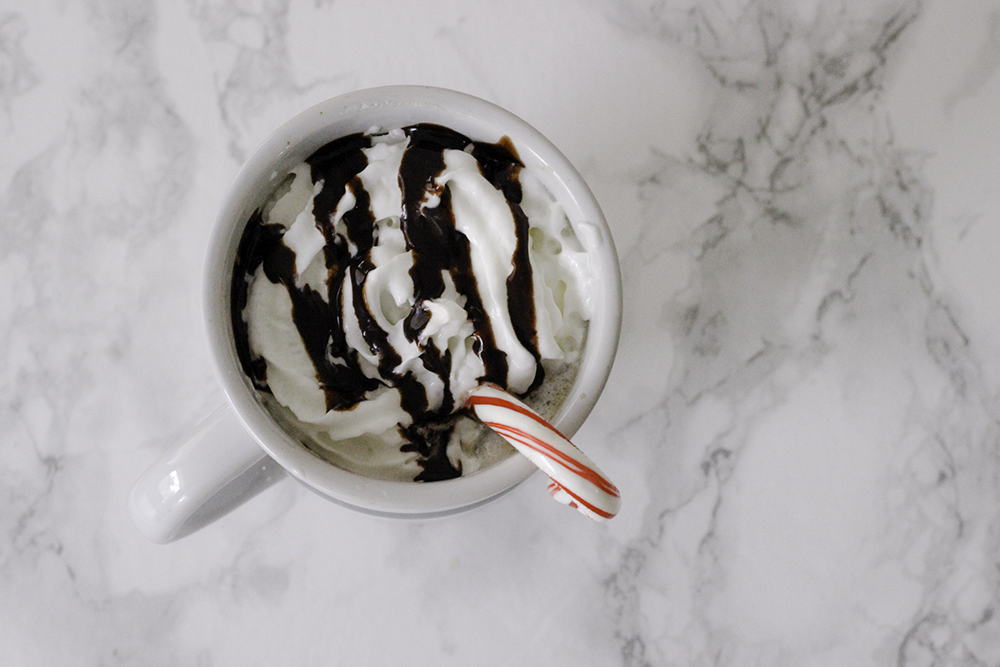 Now that I’ve mastered this recipe, I’m able to save so much money by skipping takeout coffee. In fact, I’m proud to announce that I haven’t stepped into a coffee shop in 2 weeks. Yes, that’s right. Two whole weeks! This once takeout coffee addict is now reformed thanks to my new Ninja Coffee Bar® System. 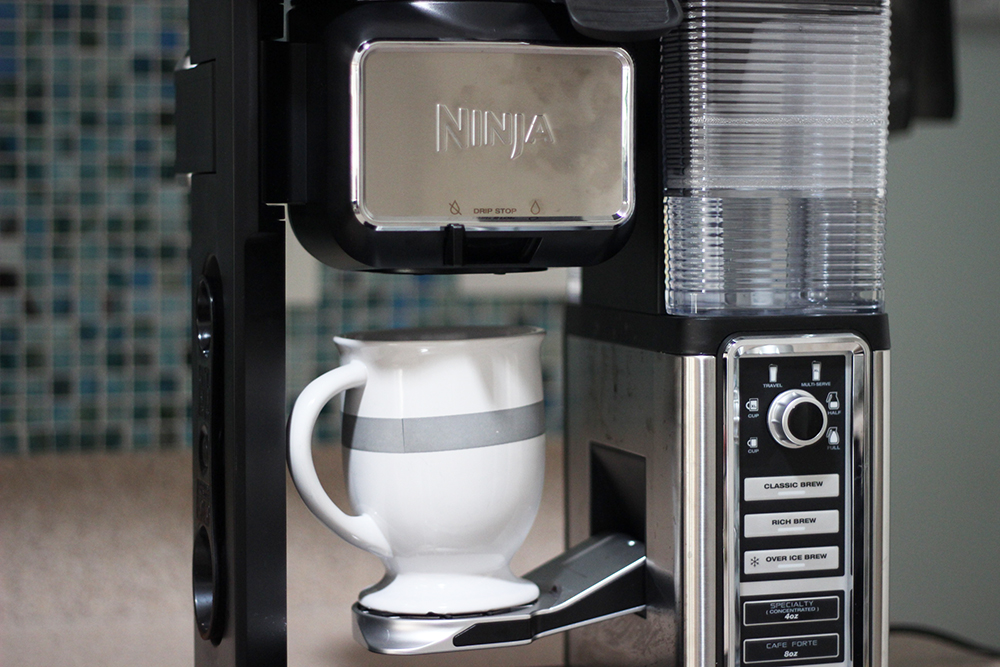 Y’all, I was skeptical at first. I didn’t think it would replace my coffee pot and my espresso maker, but it has. I haven’t touched either of them once since my Ninja Coffee Bar® System arrived because it offers so much. It has a built-in hot and cold frother, six brew sizes and five brew types – including the Ninja-exclusive Cafe Forte brew, which amplifies the natural subtle flavors of your favorite coffee.

It’s so simple to use! Once the chocolate sauce is made and stored in the fridge, it takes me less than 3 minutes to make this peppermint mocha! 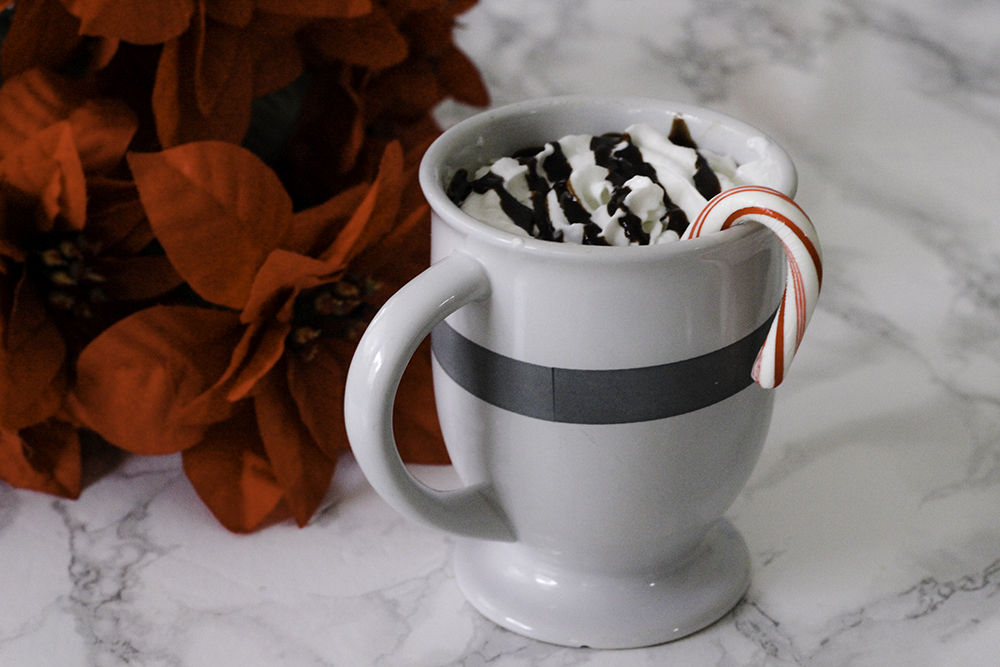