Halloween is my all time favorite holiday. I love it so much because it’s the gateway holiday. Once Halloween is here, it means all the other holidays are right around the corner and we are officially in holiday season. I love everything about Halloween: the costumes, the candy, the rotting pumpkins.

Okay, I take it back, I don’t actually like the rotting pumpkins. In fact, that is the one thing I hate about Halloween in Florida. It is so unbelievable hot here in Southwest Florida that it is impossible to carve pumpkins and expect them to stay fresh for more than 3 days. I’m not even kidding. On day three, the pumpkin will collapse into itself and start growing mold.

Related Post: How to Host a Pumpkin Beer Tasting Party 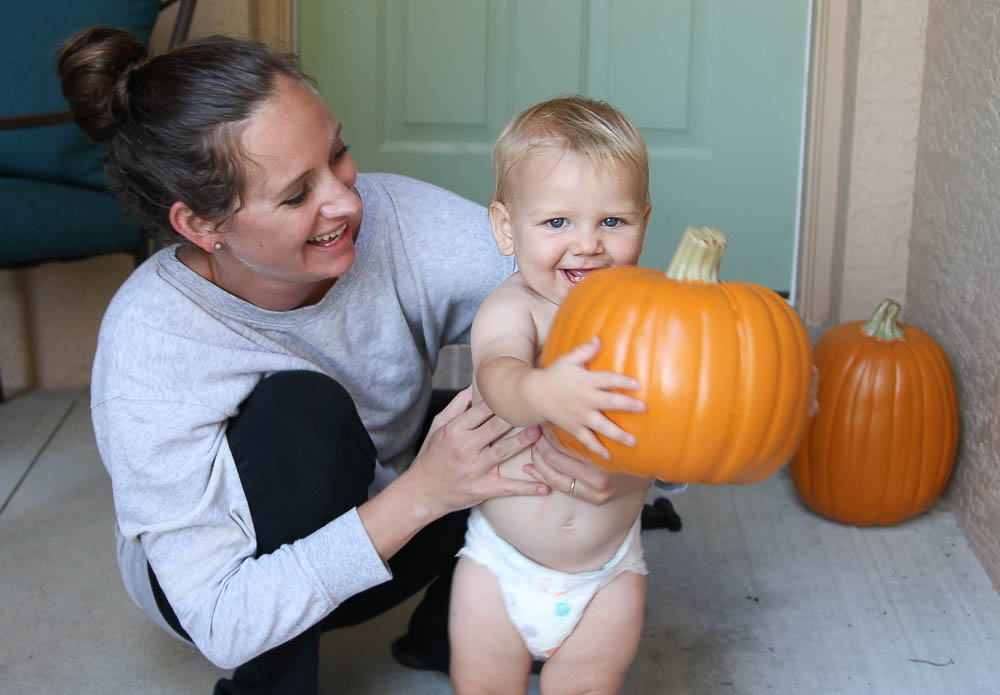 I’ve googled how to keep a pumpkin from rotting, but even the best solutions (bleach water) only keep the inevitable away for a couple days. That’s why I finally invested in fake pumpkins for our entryway.

For years, I said, “no way, Jose” to buying fake pumpkins because they cost a pretty penny. However, after years of spending at least $10 on pumpkins since pumpkins aren’t cheap this far south, I finally caved and joined the fake pumpkin club.

Guess what? I’m loving it! Fake pumpkins have saved my Halloween cheer. I was in danger of becoming too hard hearted in regards to Halloween. Think The Grinch, but during Halloween instead of Christmas.  I absolutely love that my pumpkins can go out on my entryway as soon as October hits and I don’t have to worry about them rotting. 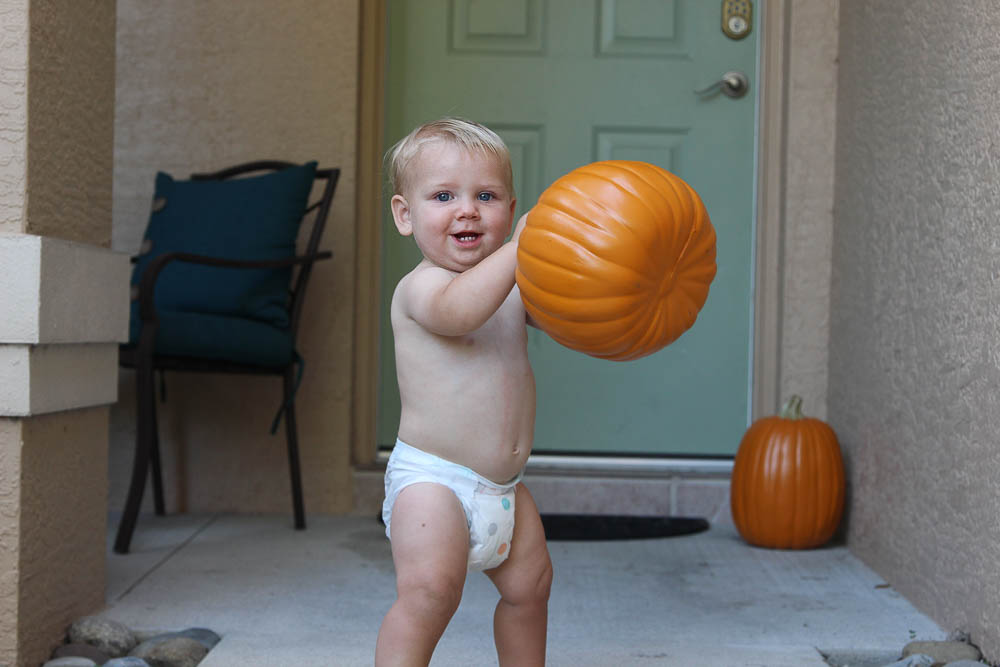 The Best Deals on Fake Pumpkins

This year, Max helped me decorate our entryway with fake pumpkins, tombstones, and zombie flamingos. Check out each of the products on Wayfair: 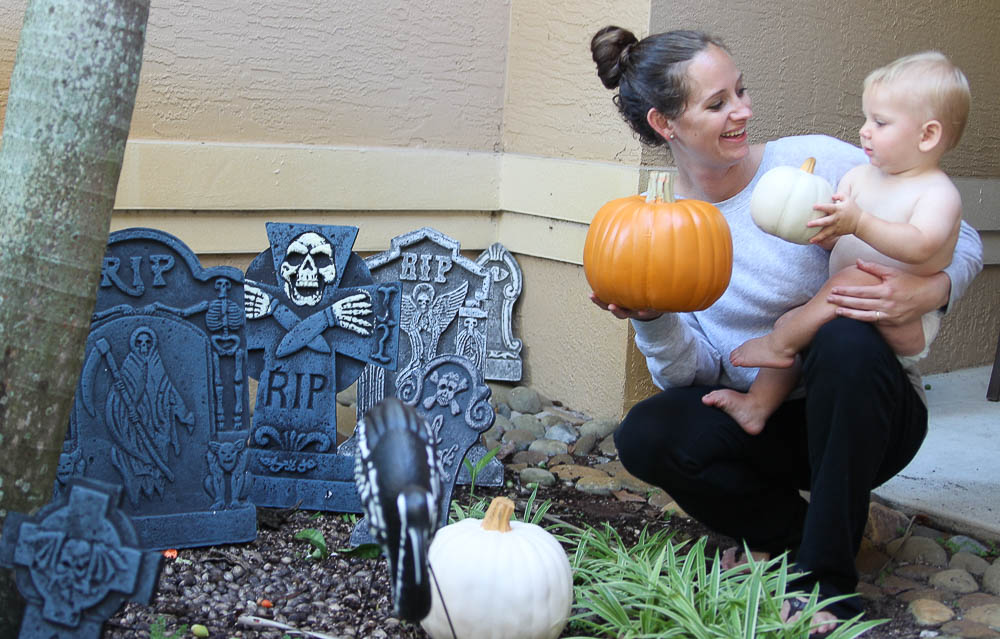 I’m loving the fact that most of the fake pumpkins are on sale on the Wayfair site right now. You can get a fancy resin pumpkin that retails for nearly 70 bucks for only $22 right now! No more of those cheap styrofoam pumpkins for you. No m’am (or sir).

So if you’ve always been stressed out by keeping a pumpkin fresh during Halloween, try getting a fake pumpkin this year. Now is the time to buy them when they are on sale. I’ve noticed that this is one item that goes on sale to a deep discount before Halloween only to disappear during the after Halloween sales since they were all snatched up before the holiday.

Head to Wayfair ASAP to take advantage of these awesome Halloween deals!