My husband, Tom, makes several dishes very well.  One of them is Taco Soup.  After he graduated college he moved in with Lauren, a good girl friend of his (she was engaged to someone else) who taught him how to cook.  He in turn taught me how to cook and then promptly stopped cooking most meals for himself.  Taco Soup was one of the recipes that he learned while living with Lauren. 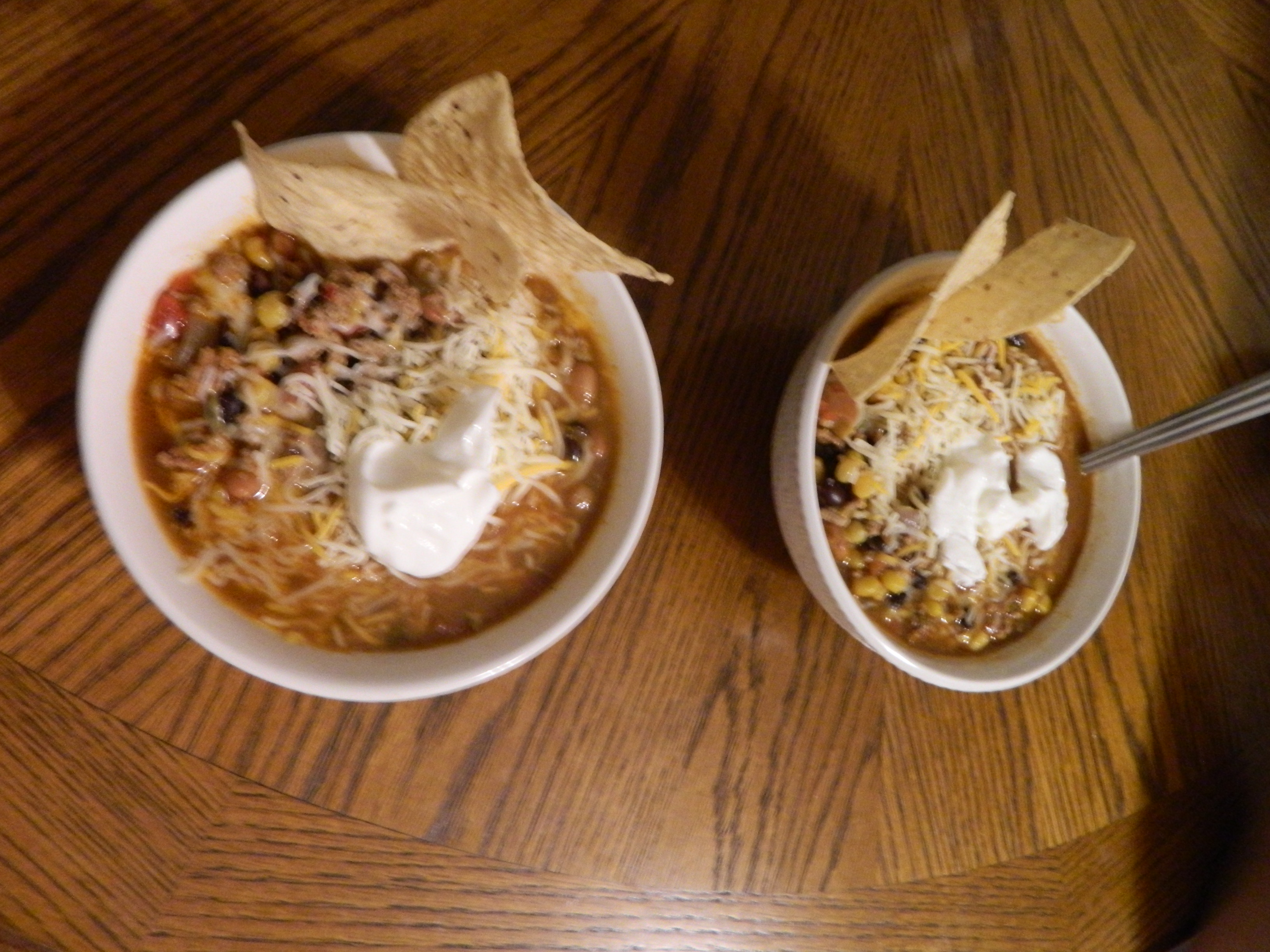 It is made almost entirely with canned goods.  I try to eat mostly fresh veggies, but I make an exception for this soup.  I keep saying that one day I am going to make this soup with fresh ingredients, but then I would have to cook it instead of leaving it to the hubby.  I think we will stick with canned goods for a while! 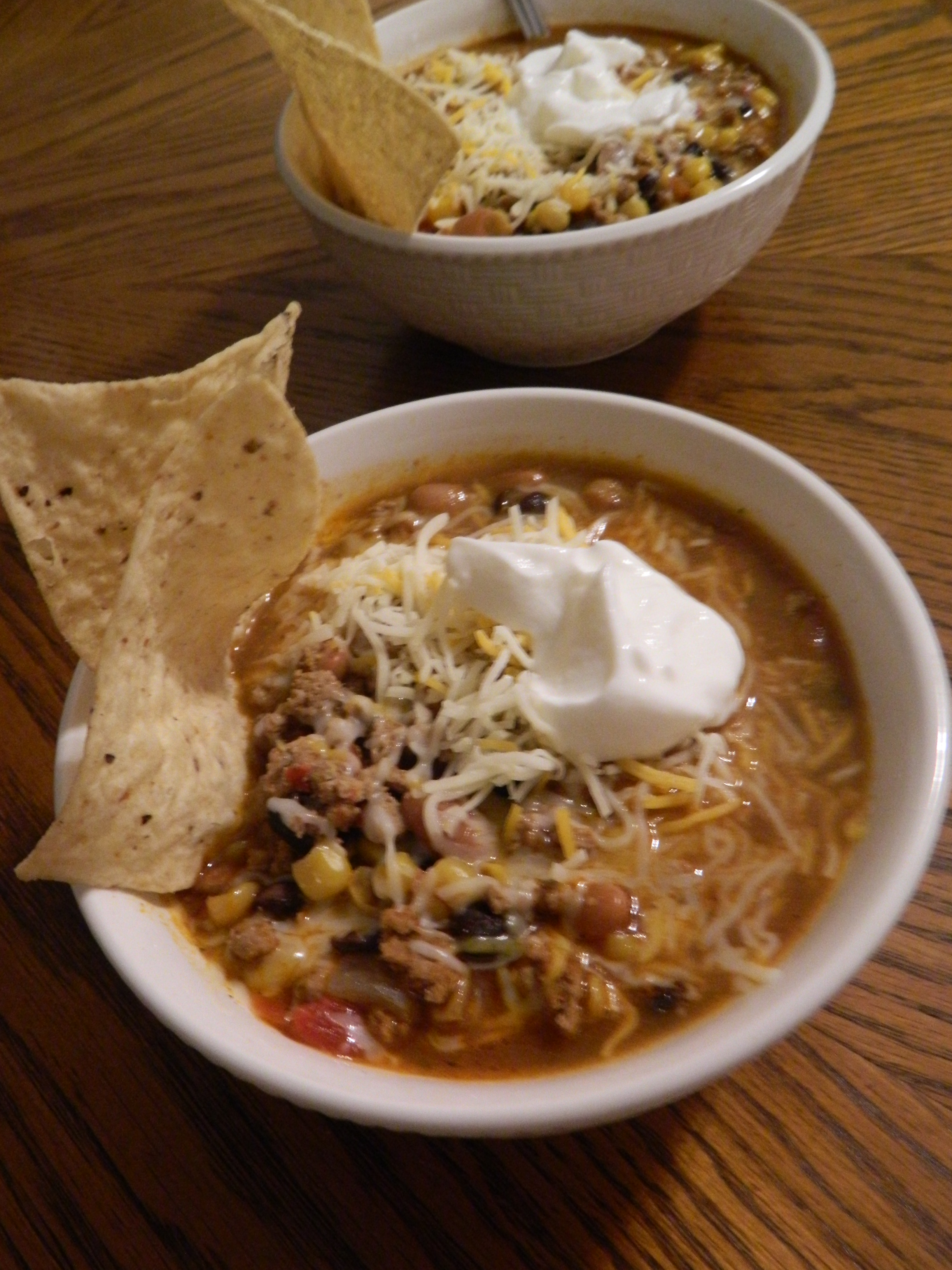 In a large Dutch oven or stock pot, brown the ground meat.  Add the onion once the meat is beginning to brown.  Drain the fat off of the meat once the meat has completely browned.  Add the taco and ranch packets to the meat and keep stirring to distribute.  Drain the canned ingredients and add to the pot.  Add two cans worth of water.  Bring soup to a boil and bring back down to a simmer.  Simmer for at least an hour to bring out the flavors.  We tend to keep ours simmering for longer.  We also swear that it tastes better the next day! 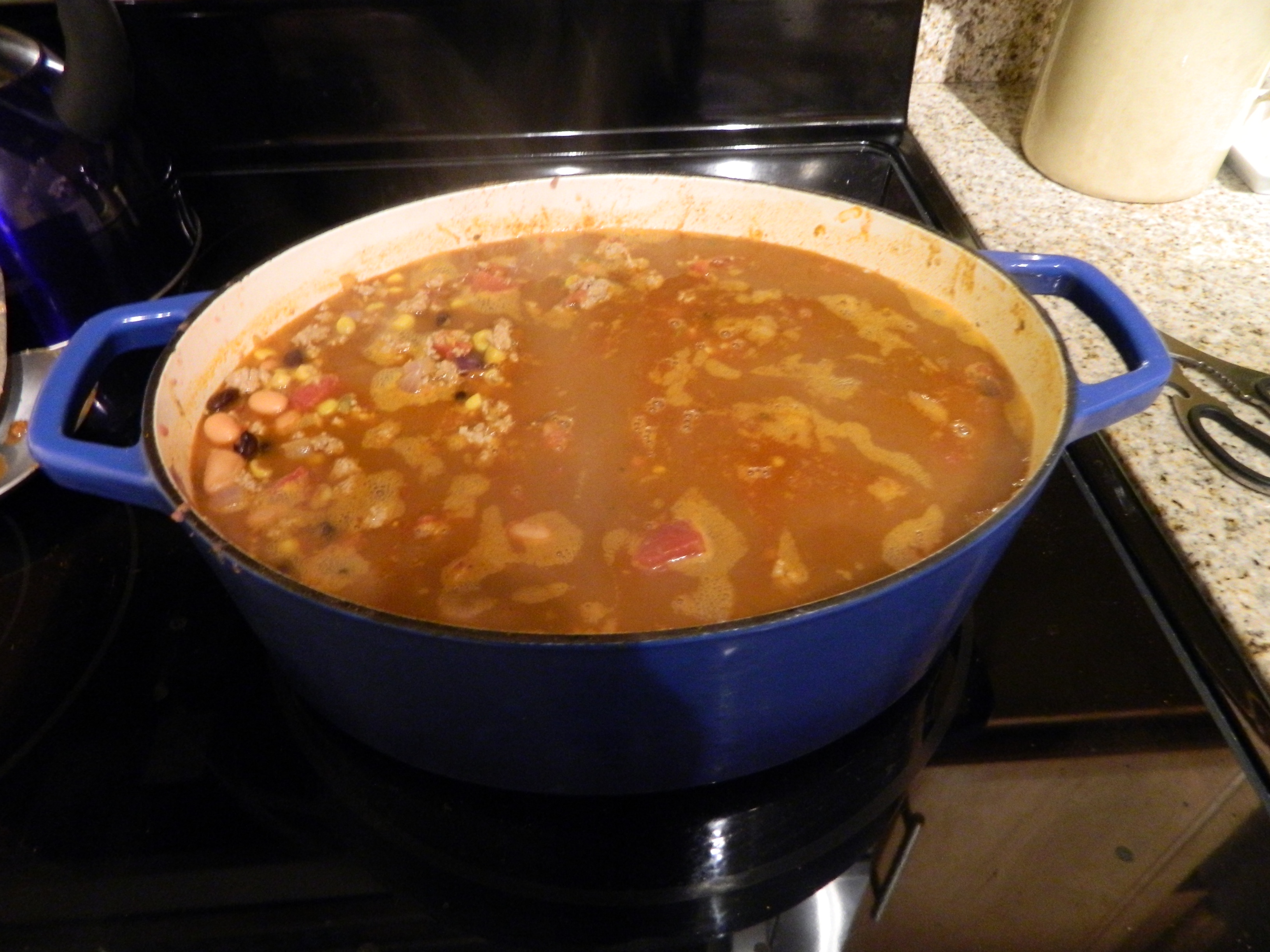 Top with sour cream or Greek yogurt and cheese.  Make sure you have chips too.

Taco Soup is a good alternative to chili.  It is fun for kids and feeds a lot for cheap.  Be careful, it is addicting!