This post may contain affiliate links. I may receive commissions for purchases made through links in this post.
. Leave a Comment
Tweet
Share6
Share
Pin24
30 Shares
Disclaimer: Compensation was provided by Philips Avent via Momtrends.  The opinions expressed herein are those of the author and are not indicative of the opinions of Philips Avent or Momtrends. #AventMom #PhilipsAvent
It doesn’t matter if you’re the mama who plans to exclusively breastfeed or if you accidentally created a baby that hates bottles, at some point you will probably want to bottle feed your baby. Follow these tips for bottle feeding a breastfed baby and you’ll feel more confident leaving your baby or letting someone else feed him. 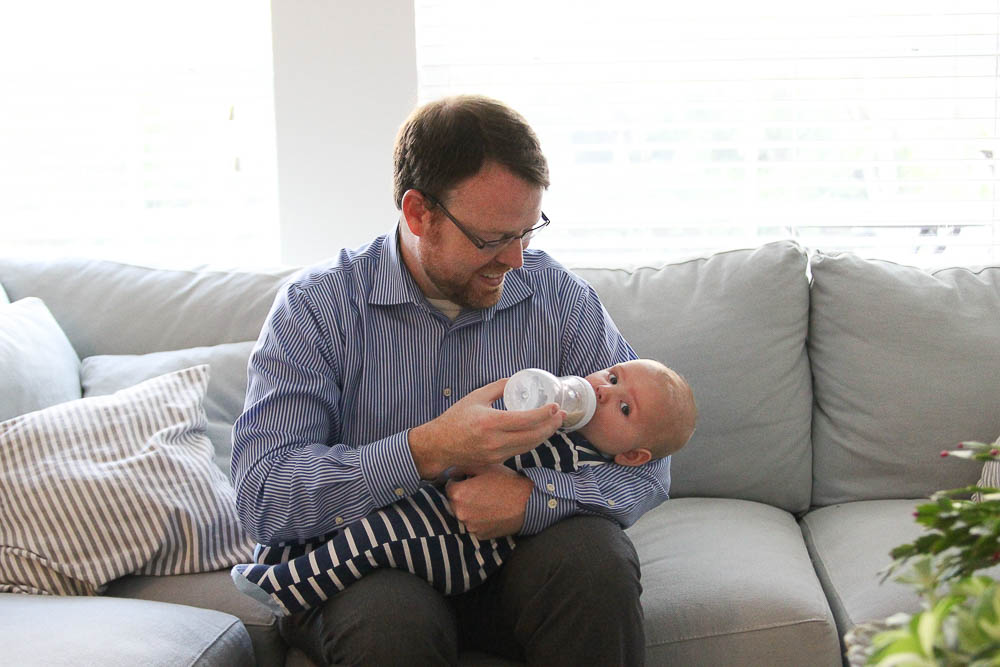 How you choose to feed your baby is an incredibly personal decision. It’s actually more than a decision, it’s a lifestyle that is dictated by so many factors such as your baby and your routine. I personally chose to breastfeed my babies as much as possible. Not only did I do this to save money, I also did it because as a stay at home mom it was easier for me to pop out a boob to feed my babies than to pump or prepare formula and then clean out a bottle.
As much as I have loved breast-feeding all three of my boys there were time with each of them that I absolutely needed to bottle feed them. Each time I was so stressed out because I had no idea how they would react to a bottle after getting used to the breast. After going through this with three babies, I have a few tips that can help you bottle feed your breastfed baby.

Use the Right Bottle

Sure, this post is sponsored by Philips Avent, but I only decided to work with the company because Philips Avent is the best bottle we’ve ever used. 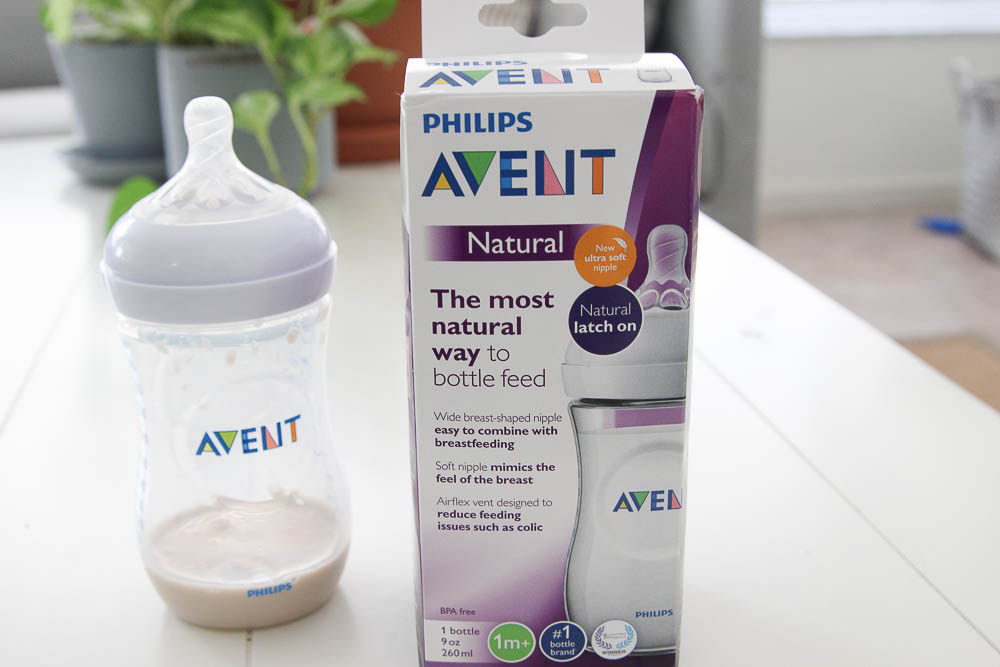 I like this new Philips Avent Natural bottle because the wide breast-shaped nipple mimics the breast. It allows for a natural latch and makes it super easy to combine breast and bottle feeding.
With my two older boys, I had to try every single bottle out there until I found one that worked for them. With my third, I was wiser, picked this bottle for it’s shape and ultra soft nipple, and didn’t even have to try another one.
Learn more about Phillips Avent bottles at the end of this post. 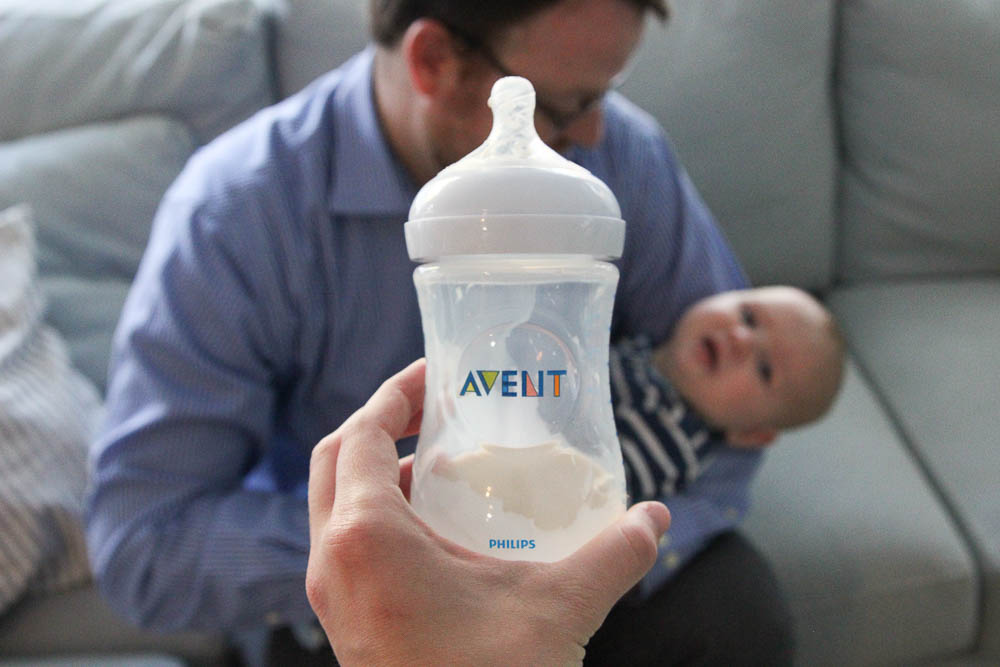 It may sound silly, but there are a lot of ways to mimic breastfeeding while bottle feeding.

Most breastfed babies feed on cue and not on a schedule. Do the same when bottle feeding the breastfeed baby. Feeding cues include rooting, sucking on hands, waking up, restlessness, and crying.

Feed the baby until satiated, not until the bottle is finished. If the baby falls asleep before finishing the bottle, let that baby sleep! You don’t know how much a breastfed baby is eating, you let them eat until full. Do the same when bottle feeding your breastfed baby.

Don’t Push the Nipple into the Baby’s Mouth

It’s tempting to push the nipple in and make the baby eat, right? Don’t do that! Instead, let the baby draw the nipple in itself. You can tickle the babies bottom lip with the nipple to get them to open wide and latch.

It’s tempting to think that your baby won’t eat if you don’t feed him. Rest assured that a hungry baby will eat if offered milk they like in a bottle that works for them.

Babies have been drinking about of bottles for generations. I know that it can be hard for an exclusively breastfeeding mom to let her baby drink from a bottle, but it might be necessary. If it becomes necessary for you, just remember that your baby will survive and he will eat when he gets hungry enough. When you get home, you can bring your baby back to the breast and keep going strong in your breastfeeding journey.

Philips Avent has made my life so much easier. It’s the bottle that saved my sanity when we had to drive 20 hours with a 4 day old baby. It’s also the bottle that allowed me to go to a conference when my baby was only 3 months old. As a work from home breastfeeding mama, I enjoy breastfeeding on demand, but I also have to feel comfortable leaving my baby with a bottle when I have work related events. Philips Avent has given me peace of mind every time I can’t physically nurse Max. 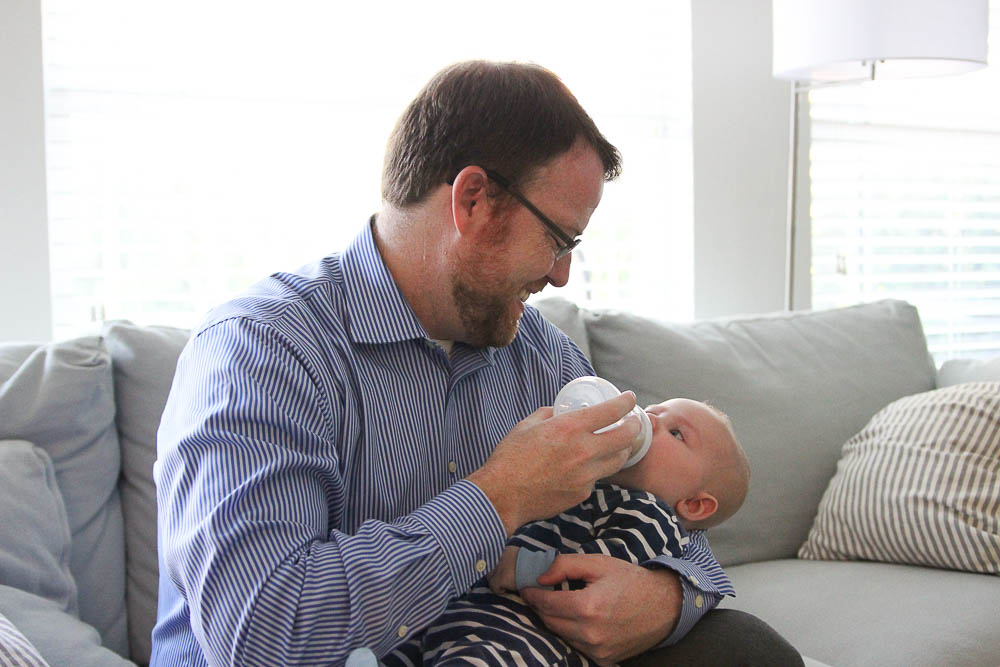 What are your favorite tips for bottle feeding a breastfed baby? 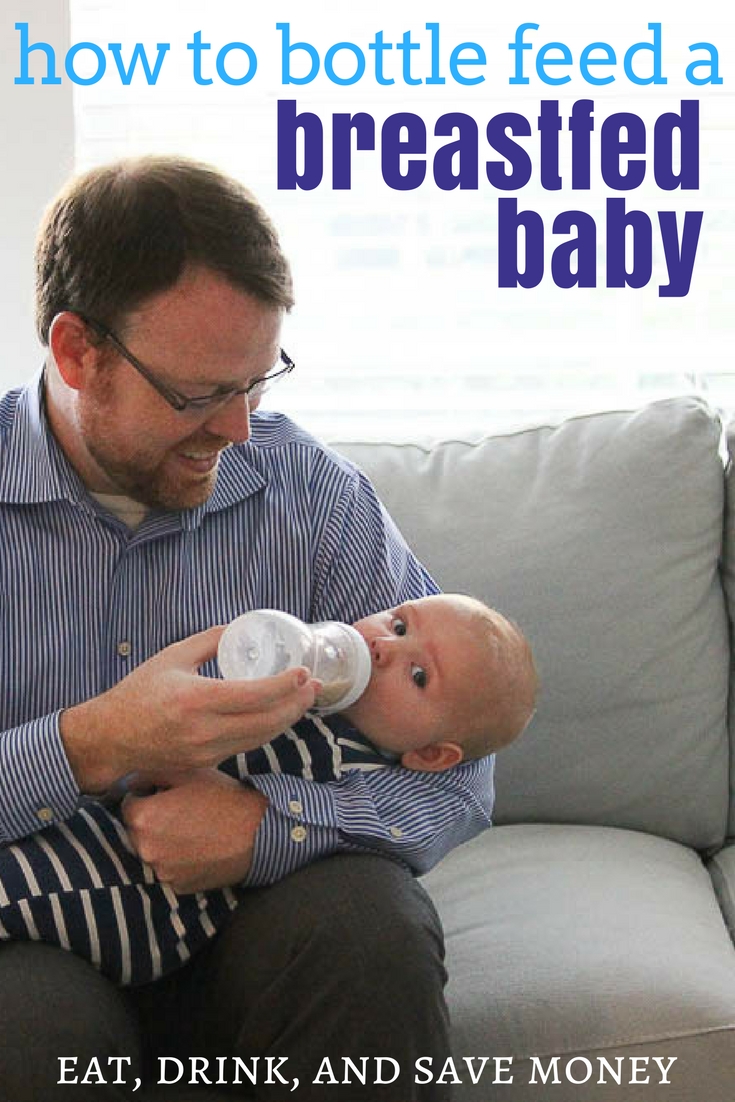 Disclaimer: Compensation was provided by Philips Avent via Momtrends.  The opinions expressed herein are those of the author and are not indicative of the opinions of Philips Avent or Momtrends.
Tweet
Share6
Share
Pin24
30 Shares